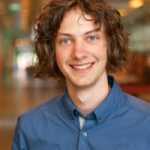 Response: Since the late 60s, researchers have pointed to issues in biomedical research stemming from the misidentification of cells. Starting with controversy around HeLa cells, researchers became aware of cells invading other cell cultures. Currently, 488 cell lines have become mixed up with the wrong cells, still often HeLa cells. This leads to errors in reporting research. For example, some research papers have reported results for “lung cancer cells” that turned out to be liver cancer cells, or even mouse cells.

We wanted to know what happened to past research and set out to estimate the number of scientific publications affected by misidentified cells. By tracing misidentified cells of the ICLAC database in Web of Science, we found 32.755 contaminated publications, or 0,8% of all literature in cell biology. These articles are cited by at least 500.000 other publications.

More worryingly, it turned out that this problem is highly stubborn. Currently, still a few dozen new articles are published every month reporting on other cells than were actually used, leading to a total of 1200 each year. And this number is not decreasing, in spite of a database of misidentified cells, of genetic testing availability, requirements by some prominent journals, or attention for the problem in the literature. We were also able to establish that this is not just a problem for newly emergent countries in the international research community, but also for countries with well-establishments research traditions. In spite of great efforts, the problem of cell misidentification is not at all solved.

Response: Our main message is that solving the problem of misidentified cells is not just a matter of better protocols or cell line verification, focused on prevention of future contamination. We also need to pay some attention to the research literature that is already out there. A simple expression of concern, stating that different cells were used than reported, can allow expert readers to assess the consequences for an article’s findings. As researchers, we should not be afraid to correct our work after publication. Such an act should not be seen as a blemish, but as a show of strength, a commitment to the self-correcting power of science.

Response: Even though problems with misidentified cells have been known for decades, not all researchers show awareness of the issue. We therefore recommend researchers to carefully use the database of misidentified cells when setting up and conducting their experiments and to properly test their cultures before using them. Additionally, we recommend them to use the existing literature with appropriate care and to be aware of the issue of cell misidentification when using citing or building on previous research articles.

Response: We believe journal editors and research funding agencies have a major role to play in tackling the problem of misidentified cells. It would be very useful if a journal would step forward and attempt a reassessment of publications, in cooperation with the original authors of publications. Additionally, To avoid the appearance of new articles based on misidentified cells it would be effective if journals and funding agencies make (genetic) test on cell lines mandatory for newly submitted manuscripts or grant proposals. With the currently available techniques such tests do not have to be very costly nor time-consuming and they seem to be very effective ways in detecting misidentifications. To some extent, these measures have been implemented, but general implementation is far from being reached.

The ghosts of HeLa: How cell line misidentification contaminates the scientific literature