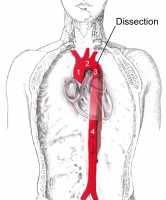 They can occur with fluoroquinolones... 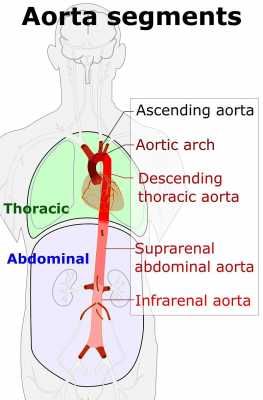 MedicalResearch.com Interview with: Scott A. LeMaire, MD Jimmy and Roberta Howell Professor of Cardiovascular Surgery Vice Chair for Research, Michael E. DeBakey Department of Surgery Professor of Molecular Physiology and Biophysics Director of Research, Division of Cardiothoracic Surgery Baylor College of Medicine Department of Cardiovascular Surgery Texas Heart Institute Baylor St. Luke’s Medical Center CHI St. Luke’s Health Editor-in-Chief, Journal of Surgical Research MedicalResearch.com: What is the background for this study? What are the main findings? Response: We performed this study because of concerns about the potential association between fluoroquinolones and aortic aneurysms and dissection raised in two large clinical studies. This concern was noted by the US Food and Drug Administration in May 2016, but the evidence was not deemed sufficient to warrant a warning. Hence, there was a clear need for additional studies to evaluate the problem. Our study was designed to determine whether there is biological evidence that ciprofloxacin—the most commonly prescribed fluoroquinolone—exacerbates aortic disease in a well-established mouse model. The model uses high-fat diet and angiotensin II infusion to stress the aorta and cause aneurysm and dissection. Using this model, we compared mice that received ciprofloxacin to control mice that received only vehicle, and we found that mice that received ciprofloxacin had significant increases in the incidence of aortic dilatation, severe aortic aneurysm and dissection, and aortic rupture and premature death. Importantly, these findings were consistent in male and female mice. Further, we investigated the potential underlying mechanisms and found that the aortas from mice that received ciprofloxacin had decreased levels of lysyl oxidase, increased levels of matrix metalloproteinases, and increased levels of apoptosis and necroptosis. END_OF_DOCUMENT_TOKEN_TO_BE_REPLACED
Continue Reading