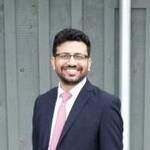 MedicalResearch.com Interview with: Ashish Verma, MD Assistant Professor, Nephrology Department of Medicine Boston University MedicalResearch.com: What is the background for this study? Would you tell us a little about aldosterone? Response: “Recent randomized, controlled trials have shown that a drug called finerenone is effective in delaying CKD progression and adverse cardiovascular outcomes in patients with chronic kidney disease and diabetes. However, the role of aldosterone in this process was not directly investigated and levels of the hormone were not measured,” “Since excessive levels of aldosterone is common, yet mostly unrecognized, we hypothesized that one reason why finerenone was effective in lowering the risk of CKD progression was that it was treating unrecognized high concentrations of the hormone.” To study this we investigated the associations between aldosterone concentrations in the blood and kidney disease progression among 3680 participants in the Chronic Renal Insufficiency Cohort study, which ran in seven clinics in the US between 2003 and 2008. The participants were aged between 21 and 74 years old. Aldosterone is a steroid hormone secreted by the adrenal glands, which sit above the kidneys. Its main role is to regulate salt and water in the body, and so it plays a central role in controlling blood pressure. Too much of it can lead to high blood pressure, cardiovascular and kidney diseases. END_OF_DOCUMENT_TOKEN_TO_BE_REPLACED
Continue Reading
Author Interviews, Brigham & Women's - Harvard, Cognitive Issues, Exercise - Fitness / 23.04.2022

MedicalResearch.com Interview with: Robert A. Stern, Ph.D. Professor of Neurology, Neurosurgery, and Anatomy & Neurobiology Director of Clinical Research, BU CTE Center Senior Investigator, BU Alzheimer’s Disease Research Center Boston University School of Medicine MedicalResearch.com:  What is the background for this study?  Response: The link between playing American football at the professional level and later-life brain disorders like chronic traumatic encephalopathy – or CTE -- and ALS has received increasing attention over the past 15 years. Previous research has shown that former NFL players are more likely to die from CTE and amyotrophic lateral sclerosis (ALS) and more likely to report cognitive impairment, behavioral changes, and dementia during life. Despite previous research focusing on the later-life effects of playing American football at the professional level, the long-term effects of college football participation remain largely unknown. We had two goals for this new investigation. The first was to conduct a survey of the current overall health status, including cognitive and other neurological disorders, of older former college American football players compared with men in the general population. The second goal was to examine the mortality rate and causes of death in a cohort of older former college football players. The target population for this study was all 447 former Notre Dame football players who were listed as seniors on the varsity rosters during the 1964-1980 seasons. This was the era of legendary coaches Ara Parseghian and Dan Devine. I should add that this study was fully independent of the University of Notre Dame. END_OF_DOCUMENT_TOKEN_TO_BE_REPLACED
Continue Reading
This website uses cookies to improve your experience. We'll assume you're ok with this, but you can opt-out if you wish.AcceptReject Read More
Privacy & Cookies Policy