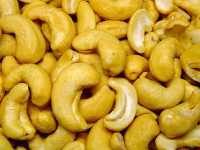 Response: The prevalence of food allergy has increased over the last 1-2 decades. Historically, parents were advised to withhold the introduction of allergenic foods, such as peanut or egg, until after the infant was 1-3 years of age in the hope that it would prevent food allergy. However, recent evidence has shown that introducing peanut and egg in the first year of life, reduces the risk of allergy to that food. This has led to a paradigm shift in infant feeding advice from active avoidance to timely introduction. However, there has not been any research advising on the timing of tree nuts, a common cause of food allergy, MedicalResearch.com: What are the main findings? Response: Our study of nearly 3000 children in the population-based HealthNuts study in Australia, found that only 5% had eaten cashew by age 12 months. Interestingly, no child who consumed cashew by age 12 months, developed cashew allergy at age 6 years; conversely 3.6% of those who had not consumed cashew by age 12 months did develop cashew allergy at age 6 years. Our findings suggest that introducing cashew in the first year of life may reduce the risk of cashew allergy. END_OF_DOCUMENT_TOKEN_TO_BE_REPLACED
Continue Reading