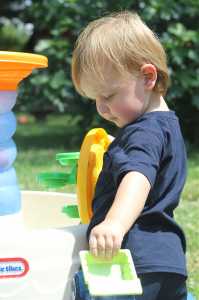 Richard J. Petts PhD Department of Sociology Ball State University North Quad 213 Muncie, IN 47306 MedicalResearch.com: What is the background for this study? Response: This study looked at a national sample of over 2,000 fathers with children aged 2-18 to assess whether attitudes about traditional masculine norms and attitudes toward the new fatherhood ideal influence the degree to which fathers are involved in their children's lives. Our research shows that fathers who adhere to more traditional forms of masculinity (acting tough, being independent, not expressing emotion), are less involved in their children's lives and have a greater likelihood of engaging in harsh punishment. In contrast, fathers who identify more with the new fatherhood ideal (which emphasizes engaged, nurturing, supportive fathering) are involved more frequently in their children's lives. We know from a large body of research that father involvement is associated with numerous positive outcomes for children (e.g., fewer problem behaviors, higher psychological well-being, better academic outcomes). END_OF_DOCUMENT_TOKEN_TO_BE_REPLACED
Continue Reading
Author Interviews, Depression, JAMA, OBGYNE / 17.02.2017

Paternal Depression Linked To Not Being in Relationship With Mother

MedicalResearch.com Interview with: Lisa Underwood, PhD Research Fellow| Centre for Longitudinal Research Growing Up in New Zealand | Who are Today’s Dads? School of Population Health, Faculty of Medical & Health Sciences University of Auckland  Auckland MedicalResearch.com: What is the background for this study? What are the main findings? Response: This study is part of the contemporary, longitudinal study Growing Up in New Zealand, which is tracking the development of more than 6000 children born in 2009 and 2010. In previous reports we investigated antenatal and postnatal depression symptoms among the mothers of our cohort children. In this study we looked at the partners of those mothers to explore whether men and women have different risks for depression in each perinatal period. Our main findings were that expectant fathers were at risk if they felt stressed or were in poor health. Elevated depression symptoms following their child’s birth, were also linked to social and relationship problems. The strongest predictor of postnatal paternal depression was no longer being in a relationship with the child’s mother. END_OF_DOCUMENT_TOKEN_TO_BE_REPLACED
Continue Reading
Author Interviews, BMJ, Pediatrics, Social Issues / 22.11.2016

MedicalResearch.com Interview with: Charles Opondo, BPharm MSc PhD. Researcher in Statistics and Epidemiology National Perinatal Epidemiology Unit Nuffield Department of Population Health University of Oxford Oxford MedicalResearch.com: What is the background for this study? What are the main findings? Response: Our study measured fathers’ involvement in their child’s upbringing in infancy by looking at their emotional response to their child (e.g. feeling confident with the child, making a strong bond with the child), how involved they were in childcare (e.g. changing nappies, playing, night feeding, and also general care tasks around the house such as meal preparation) and their feelings of being a secure in their role as a parent (e.g. feeling included by mother in childcare, not feeling inexperienced with children). We found that the children of fathers who scored highly in terms of their emotional response and feeling like a secure parent were less likely to have symptoms of behavioural problems when they were 9 or 11 years. However, fathers being more involved in direct childcare did not seem to affect the child’s risk of having later behavioural problems. END_OF_DOCUMENT_TOKEN_TO_BE_REPLACED
Continue Reading
Author Interviews, Genetic Research, Nature / 04.03.2015

Look Like Your Dad? Some Genes Preferentially Expressed From Fathers

MedicalResearch.com Interview with: Fernando Pardo-Manuel De Villena, PhD Professor and Associate Chair for Research Department of Genetics School of Medicine University of North Carolina at Chapel Hill Medical Research: What is the background for this study? What are the main findings? Response: We set out to identify mutations that affect diseases through changes in gene expression. Our first major finding is that some mouse populations such as the Collabaorative Cross are exceptionally good models to achieve this goal. We also wanted to sort out an ongoing controversy about the number, location and type of genes that are differentially expressed when you inherit them from your mom or your dad (so called imprinted genes).  We conclude that to some extent both sides were right; there are only a limited number of imprinted genes in the classical sense but there are also hundreds or thousands of genes that are preferentially expressed from the father. END_OF_DOCUMENT_TOKEN_TO_BE_REPLACED
Continue Reading