MedicalResearch.com Interview with: Jane Daniels PhD Professor of Clinical Trials, Faculty of Medicine & Health Sciences School of Medicine University of Nottingham MedicalResearch.com: What is the background for this study? MedicalResearch.com: What are the main findings? Response: Uterine fibroids are the most common non-cancerous tumour in women of childbearing age. They are associated with heavy bleeding, lower chances of having children and reduced quality of life. Traditional surgical options were either to remove the fibroids (myomectomy) or completely remove the womb. A newer approach, known as uterine artery embolization, involves blocking the blood supply to the fibroids in the womb. Fibroids may be associated with infertility and problems during pregnancy, including miscarriage and preterm birth. As more women are having children at a later age, fibroids are becoming more of an issue for them and safe and effective fertility sparing treatments are needed. Both treatments improve quality of life, but myomectomy will provide greater benefit to women on average. MedicalResearch.com: What should readers take away from your report? Response: This study is the largest to date comparing women treated with either myomectomy or uterine-artery embolization for their fibroids. It was completed in hospitals across the UK, and included a substantial number of women of African-Caribbean ethnicity, who are more likely have bothersome fibroids, so we can be confident that the findings are important and relevant. Women, including those desiring a future pregnancy, should be provided with the evidence generated by the FEMME trial to enable to make a fully informed decision regarding their fibroid treatment. END_OF_DOCUMENT_TOKEN_TO_BE_REPLACED
Continue Reading
Abbvie, Author Interviews, OBGYNE / 16.06.2020 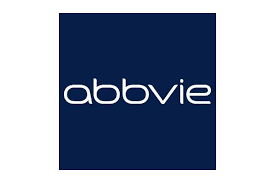 Ayman Al-Hendy, M.D., Ph.D. Investigator for the ELARIS UF-2 clinical trials Professor of Gynecology Director of Translational Research University of Illinois at Chicago   Dr. Al-Hendy discusses the recent announcement that the FDA has approved  ORIAHNN™ for the management of heavy menstrual bleeding due to uterine fibroids in pre-menopausal women. MedicalResearch.com: What is the background for this approval? Uterine fibroids, commonly referred to as uterine leiomyomas, are the most common type of non-cancerous tumor known to impact women of reproductive age (30-50 years old). In fact, studies show that uterine fibroids can occur in up to 70 percent of European American women and over 80 percent of African American women by age 50. As a result of uterine fibroids, women can experience a range of symptoms, the most common being heavy menstrual bleeding (i.e. prolonged and/or frequent bleeding), which can lead to other health effects such as anemia, fatigue, pelvic pain, urinary frequency etc. Uterine fibroid treatment recommendations have historically been based on the size and location of the fibroid(s). When treating larger and more complicated fibroids, healthcare providers have typically believed that surgery is their best course of action, which has made uterine fibroids the leading reason for the hysterectomies performed in the U.S. The FDA approval of ORIAHNN was based on improving care for uterine fibroid sufferers who have had a negative impact on their quality of life due to disruptive symptoms. What makes the approval of ORIAHNN so exciting, is that women now have an oral therapy to directly address heavy menstrual bleeding due to uterine fibroids.  END_OF_DOCUMENT_TOKEN_TO_BE_REPLACED
Continue Reading
Abbvie, Author Interviews, NEJM, OBGYNE / 23.01.2020 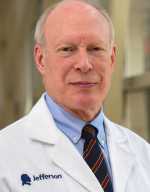 MedicalResearch.com Interview with: William D Schlaff  MD Chair, Department of Obstetrics & Gynecology Jefferson University MedicalResearch.com: What is the background for this study? Response: Symptomatic uterine fibroids are the most common indication for hysterectomy in the US.  Heavy bleeding is the most common and troublesome symptom.  The primary treatment for this problem is surgery—either hysterectomy or (less commonly) myomectomy.  Medical treatment which reduces the bleeding related to fibroids without surgery is a valuable treatment for many women.  Existing medications include, most commonly GnRH agonists.  These are injectable medications that are given every 1 or 3 months (depending on the formulation) and have been shown to reduce bleeding related to fibroids.  They work by initially stimulating the ovaries to increase estrogen levels for 10-14 days before suppressing estrogen and thereby reducing bleeding.  Even though the medication is given every 1 or 3 months, the effect of the medication can last quite a bit longer; in cases of adverse response, the medication cannot be immediately stopped.  The medication reported in this trial, Elagolix, is a GnRH antagonist given by mouth twice daily and resulting in suppression of estrogen secretion within a matter of hours.  The effect of this medication wears off much more rapidly than the depot formulations described and can be stopped in the uncommon cases of adverse side effects.  END_OF_DOCUMENT_TOKEN_TO_BE_REPLACED
Continue Reading
Author Interviews, OBGYNE, Surgical Research / 25.03.2019 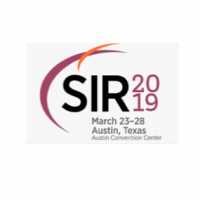 MedicalResearch.com Interview with: Dr. Jemianne Bautista-Jia,  MD Radiology resident Kaiser Permanente MedicalResearch.com: What is the background for this study? Response: There were a few patient experiences that took me by surprise. I had a patient come to clinic for an initial consultation for uterine fibroid embolization (UFE) and I asked her how she knew about the procedure. She told me that she heard about it on the radio. Another patient who came in told me she heard about it from a close friend. Why did these patients not hear about UFE from their primary physicians? Being a woman, I know that if I had this condition I would prefer a minimally invasive option over surgery. Surgery comes with complications, and I definitely would not want an organ removed from my body if I could avoid it. Therefore I wanted to study UAE to hopefully provide additional objective data to the scientific community to support its use for the treatment of women with fibroids. END_OF_DOCUMENT_TOKEN_TO_BE_REPLACED
Continue Reading
Author Interviews, Fertility, OBGYNE / 15.06.2017

Prof. Dr. João Martins Pisco MD PhD Radiologia de Intervenção Hospital Saint Louis - Rua Luz Soriano Portugal MedicalResearch.com: What is the background for this study? What are the main findings? Response: The background for the study is the good results I started to check in patients with uterine fibroids who could conceive a successful pregnancy with live birth following embolization. MedicalResearch.com: What should readers take away from your report? Response: The readers should know that fertility can be restored following embolization of uterine fibroids, particularly if the embolization is partial. The wish of conception in patients with uterine fibroids is not a contraindication for fibroids embolization. END_OF_DOCUMENT_TOKEN_TO_BE_REPLACED
Continue Reading
Author Interviews, Menopause, OBGYNE / 01.05.2017

MedicalResearch.com Interview with: Dr. James A. Simon, MD CCD, NCMP, FACOG Clinical professor of obstetrics and gynecology George Washington University, and Medical director, Women's Health & Research Consultants® Washington, D.C MedicalResearch.com: What is the background for this study? Response: The Phase 2b uterine fibroids study was a 24-week, multicenter, double-blind, randomized, placebo-controlled, parallel group clinical trial that evaluated the efficacy and safety of elagolix alone or in combination with add-back therapy (estradiol/norethindrone acetate) in women with heavy uterine bleeding associated with uterine fibroids. Elagolix is currently being investigated in diseases that are mediated by sex hormones, such as uterine fibroids and endometriosis. The study was conducted in 567 premenopausal women, age 18 to 51, at 100 sites in the United States, Canada, Puerto Rico, Chile and the United Kingdom. The two cohort design study evaluated the safety and efficacy of two elagolix treatment regimens (300mg BID and 600mg QD) alone and in combination with two different strengths of add-back therapy (estradiol/norethindrone acetate). The data presented were results from the 300mg cohort. Results from the 600mg cohort were similar and will be reported in a future publication. Current non-surgical treatments indicated for uterine fibroids are limited, and women suffering from heavy menstrual bleeding associated with uterine fibroids need more options. END_OF_DOCUMENT_TOKEN_TO_BE_REPLACED
Continue Reading
Author Interviews, OBGYNE, Statins / 14.11.2014

MedicalResearch.com Interview with: Mostafa Borahay, MD, FACOG Assistant Professor, Director of Simulation Education Department of Obstetrics and Gynecology University of Texas Medical BranchCo-director of Minimally Invasive Gynecologic Surgery University of Texas Medical Branch Medical Research: What is the background for this study? What are the main findings? Dr. Borahay: Uterine fibroids are the most common type of tumor in the female reproductive system, accounting for half of the 600,000 hysterectomies done annually in the U.S. Their estimated annual cost is up to $34 billion in the U.S. alone. Despite this, the exact cause of these tumors is not well understood, as there are several genetic, familial and hormonal abnormalities linked with their development. Even more, we currently don’t have a satisfactory medical treatment for these tumors. Our team investigated the impact of simvastatin on human uterine fibroid cell growth. Statins, such as simvastatin, are commonly prescribed to lower high cholesterol levels. Statins work by blocking an early step in cholesterol production. Beyond these well-known cholesterol-lowering abilities, statins also combat certain tumors. Statins have previously been shown to have anti-tumor effects on breast, ovarian, prostate, colon, leukemia and lung cancers. However, the effect of statins on uterine fibroids was unknown. We found that simvastatin impedes the growth of uterine fibroid tumor cells. We also studied the way simvastatin works to suppress these tumors. Simvastatin was shown to inhibit ERK phosphorylation, which is a critical step in the molecular pathway that prompts the growth of new cells. In addition, simvastatin stops the progression of tumor cells that have already begun to grow and induces calcium-dependent cell death mechanisms in fibroid tumor cells. Therefore, we identified a novel pathway by which simvastatin induces the death of uterine fibroid tumor cells. END_OF_DOCUMENT_TOKEN_TO_BE_REPLACED
Continue Reading