Trends in Health Equity by Race/Ethnicity, Sex, and Income 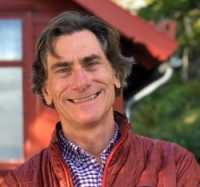 If we want serious progress...

MedicalResearch.com Interview with: Clara E. Dismuke-Greer, PhD Health Equity and Rural Outreach Innovation Center Ralph H. Johnson Department of Veterans Affairs Medical Center Charleston, SC 29401 MedicalResearch.com: What is the background for this study? What are the main findings? Response: The background for this study is that previous research we had published had shown that Hispanic U.S. Veterans diagnosed with Traumatic Brain Injury (TBI) had higher risk of mortality than non-Hispanic White U.S. Veterans, even after accounting for the effects of comorbidities as well as socio-demographics. This study sought to investigate further this apparent racial/ethnic disparity. Using a 10 year cohort followed for up to 14 years, and adjusting for TBI severity as well as comorbidities, socio-demographics and military factors, when we included location (urban vs. rural vs. highly rural vs. U.S. Territory (Puerto Rico, U.S. Virgin Islands, Guam, America Samoa and Mariana Islands), as well as race/ethnicity, we found that the racial/ethnic disparity disappeared, and that it was location which became statistically significant. Our main findings were that Veterans diagnosed with TBI residing in U.S. Territories have lower survival and higher risk of mortality relative to Veterans residing on the U.S. Mainland , even after statistical adjustment for the factors listed above. END_OF_DOCUMENT_TOKEN_TO_BE_REPLACED
Continue Reading