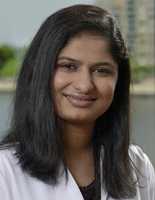 MedicalResearch.com Interview with: Bella Mehta, MBBS, MS Assistant Attending Physician, Hospital for Special Surgery Instructor, Weill Cornell Medical College MedicalResearch.com: What is the background for this study? What are the main findings? Response: For women with lupus, pregnancy has long been considered high-risk and associated with both medical and obstetric complications. In the 1960s and 1970s, pregnancy was thought to be contraindicated in lupus patients. Beginning in the 1980s, and especially in the 1990s, many studies identified specific risk factors for pregnancy complications and proposed best-practice management guidelines. We wished to see whether these advances improved pregnancy outcomes for lupus patients. Our study showed a decline in maternal mortality and other outcomes in lupus patients. The improvement in pregnancy outcomes was observed more so in lupus patients than those without lupus.  END_OF_DOCUMENT_TOKEN_TO_BE_REPLACED
Continue Reading
Author Interviews, Orthopedics, Pain Research / 19.03.2019

MedicalResearch.com Interview with: Geoffrey Westrich, MD Director of Research Adult Reconstruction and Joint Replacement Service Hospital for Special Surgery NYC  MedicalResearch.com: What is the background for this study? Response: Recent mortality trends in the U.S. associated with opioid use disorders have brought to the forefront of national debate the desirability of minimizing the use of potentially addictive pain management therapies.  Pain management after hip replacement surgery is an important part of patient care, and  opioids are frequently given as a major part of postoperative pain management. At the same time, multimodal analgesia, the administration of anesthetic agents and medications agents targeting multiple pain pathways, has seen increased popularity in pain management after hip replacement surgery.  At Hospital for Special Surgery (HSS), the multimodal protocol entails the use of several different anesthetic agents and medications both during and after surgery to control pain, minimize the use of opioids and reduce side effects. The use of non-opioid analgesics such as acetaminophen allows for a reduction in opioid administration after surgery [1]. Acetaminophen, commonly known as Tylenol, has traditionally been administered orally, but more recently an intravenous (IV) preparation has become available.  IV acetaminophen after major orthopedic surgery was shown to provide effective analgesia and reduce morphine administration by 33%, compared to placebo [2]. Unless a patient is unable to take acetaminophen, it is commonly used as part of the multimodal protocol due to its efficacy and minimal contraindications. Although intravenous (IV) acetaminophen presents pharmacokinetic benefits, such as increasing both serum blood and cerebrospinal fluid levels more rapidly, there is limited analysis of its potential clinical advantages compared to oral acetaminophen.  We hypothesized that there could be a reduction in pain with activity, opioid usage, or opioid- related side effects among patients receiving IV acetaminophen compared to oral acetaminophen following hip replacement surgery  END_OF_DOCUMENT_TOKEN_TO_BE_REPLACED
Continue Reading
This website uses cookies to improve your experience. We'll assume you're ok with this, but you can opt-out if you wish.AcceptReject Read More
Privacy & Cookies Policy