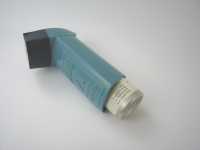 MedicalResearch.com Interview with: Christos Chalitsios B.Sc, M.Sc PhD student Funded by British Medical Association (BMA) School of Medicine Division of Respiratory Medicine University of Nottingham City Hospital,NottinghamMedicalResearch.com: What is the background for this study? Response: Inhaled (ICS) and oral (OCS) corticosteroids play a crucial role in the control of airway inflammation in asthma. Given that the use of ICS in asthma is likely to increase with the recent change in GINA guidance recommending combined long-acting-β2-agonists with ICS at step 1 and the upward trend in prescribing of OCS, we sought to clarify the link between steroids, osteoporosis and FF in patients with asthma, stratifying the risk by dose, number of courses and type of steroids. The prevalence of patients receiving at least one bisphosphonate was also calculated. END_OF_DOCUMENT_TOKEN_TO_BE_REPLACED
Continue Reading
AstraZeneca, Author Interviews, Pulmonary Disease / 22.08.2020 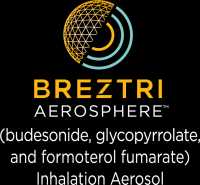 AstraZeneca SpokespersonMedicalResearch.com: What is the background for this study? Would you briefly explain what is meant by COPD? How common is severe COPD?Response: COPD, or chronic obstructive pulmonary disease, is a progressive disease associated mainly with tobacco smoking, air pollution or occupational exposure, which can cause obstruction of airflow in the lungs making it hard to breathe. In the United States, COPD is the fourth leading cause of death. Its prevalence in adults 18 years of age and older is 6.5 percent. An estimated 16 million people are currently diagnosed with COPD, and millions more are believed to have it but do not know it.ETHOS is a randomized, double-blind, multi-center, parallel-group, 52-week trial to assess the efficacy and safety of PT010 in symptomatic patients with moderate to very severe COPD and a history of exacerbation(s) in the previous year. The trial compared two doses given twice daily of PT010 (320/14.4/9.6mcg and 160/14.4/9.6mcg) with glycopyrrolate/formoterol fumarate (14.4/9.6mcg) and PT009 (320/9.6mcg), all using AEROSPHERETM Delivery Technology in a pressurized metered-dose inhaler (pMDI). Outcomes in the ETHOS trial included, as a primary endpoint, the rate of moderate or severe exacerbations.The Phase III ETHOS trial builds on the Phase III KRONOS data which together show PT010’s ability to reduce exacerbation risk in a broad range of patients with COPD, irrespective of whether they have had an exacerbation in the previous twelve months. END_OF_DOCUMENT_TOKEN_TO_BE_REPLACED
Continue Reading
Asthma, AstraZeneca, Author Interviews, Pulmonary Disease / 22.11.2018 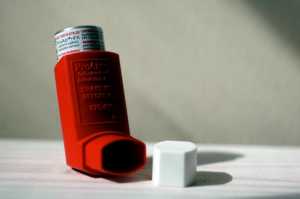 Sean O'Quinn MPH Director, Patient Reported Outcomes AstraZenecaMedicalResearch.com: What is the background for this study? How does benralizumab differ from traditional medications for asthma?Response: FASENRA™ (benralizumab 30mg for subcutaneous injection as add-on maintenance therapy in severe eosinophilic asthma for patients 12 years and older) has a strong clinical profile, including powerful efficacy against exacerbations and the ability to improve lung function. Benralizumab is a respiratory biologic that binds directly to the IL-5α receptor on eosinophils and attracts natural killer cells to induce rapid and near-complete depletion of eosinophils via apoptosis. (NOTE: The mechanism of action of FASENRA in asthma has not been definitively established.) Benralizumab is not indicated for treatment of other eosinophilic conditions or for relief of acute bronchospasm or status asthmaticus. The most common adverse reactions include headache and pharyngitis.Dependence on rescue medications is indicative of poor asthma control. In the Phase III SIROCCO/CALIMA trials, patients with severe eosinophilic asthma had significantly reduced exacerbation frequency and improved lung function when treated with benralizumab 30mg Q8W (first three doses Q4W) vs. placebo.Less was known about the effects of benralizumab on rescue medication usage—specifically daily total rescue medication use, daytime and nighttime rescue medication use, and nighttime awakenings requiring rescue medication use. The aim of this analysis was to understand the potential treatment effects of benralizumab on these parameters. END_OF_DOCUMENT_TOKEN_TO_BE_REPLACED
Continue Reading
Asthma, Author Interviews, NEJM, Pulmonary Disease / 09.03.2018

Timothy Harrison, MBBS, BSc, FRCP, MD, MSc Professor and Honorary Consultant Faculty of Medicine & Health Sciences University of NottinghamMedicalResearch.com: What is the background for this study? What are the main findings?Response: Self management plans are recommend for patients with asthma but previous studies have shown that doubling the dose of inhaled steroids when asthma starts deteriorating is ineffective at preventing the development of an exacerbation.This study shows that quadrupling the dose is effective and in a real-life setting can reduce severe exacerbations by about 20% END_OF_DOCUMENT_TOKEN_TO_BE_REPLACED
Continue Reading
Allergies, Author Interviews, University Texas / 27.02.2015

Majority of Asthma Patients Do Not Use Inhalers Correctly

MedicalResearch.com Interview with: Rana Suzette Bonds, MD The University of Texas Medical BranchMedicalResearch: What is the background for this study?Dr. Bonds: Both anaphylaxis and asthma can be life threatening disorders requiring prompt treatment. Each disorder can be successfully treated with medication which is delivered by devices designed for self-administration. Unfortunately there has been evidence in the literature that patients frequently do not use the devices appropriately. We sought to determine which factors were associated with incorrect use of metered dose inhalers and epinephrine autoinjectors, and to determine if rates of correct use have improved since earlier reports.MedicalResearch: What are the main findings?Dr. Bonds: Sixteen percent of patients used the epinephrine autoinjector properly and 7 percent of patients used the metered dose inhaler correctly. The most common error with the autoinjector was not holding the unit in place for at least 10 seconds after triggering. For patients using the metered dose inhaler the most commonly missed step was exhaling to functional residual capacity or residual volume prior to actuating the canister. Male sex, Caucasian race, and previous medical education correlated with correct use of epinephrine autoinjector device. END_OF_DOCUMENT_TOKEN_TO_BE_REPLACED
Continue Reading
Author Interviews, JAMA, Pulmonary Disease / 20.09.2014

MedicalResearch.com Interview with: Andrea Gershon MD, MSc, FRCP(C) Scientist, Institute for Clinical Evaluative Sciences Respirologist, Division of Respirology, Sunnybrook Health Sciences Centre Assistant Professor of Medicine, University of Toronto ICES Central Bayview Avenue, Toronto, OntarioMedical Research: What are the main findings of the study?Dr. Gershon: Within a large real world population of people with COPD, those who initiated combination long-acting beta-agonists (LABA) and inhaled corticosteroids (ICS) were less likely to die or be hospitalized for COPD than those who initiated LABA alone. Further those who initiated LABA/ICS combination therapy did not appear to have more pneumonia or osteoporotic fractures – side effects that have been associated with ICS use—than those initiating LABA alone.A second interesting finding was that people with a co-diagnosis of asthma experienced a greater incremental benefit of LABA/ICS over LABA than people without a co-diagnosis of asthma.Finally, we found that people who were not also taking an inhaled long-acting anticholinergic medication experienced a greater incremental benefit of LABA/ICS over LABA than people who were. END_OF_DOCUMENT_TOKEN_TO_BE_REPLACED
Continue Reading