Pediatrics: Left and Right Arms Can Have Different Blood Pressures in Children

Hunt For Cause of New Genetic Brain Disorder in Young Children 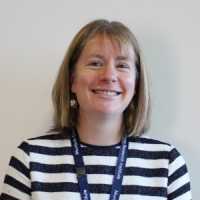 MedicalResearch.com Interview with: Dr Nicole Van Bergen B Sc (Hon), PhD Senior Research Officer, Neurodevelopmental Genomics, Murdoch Children's Research Institute Honorary Fellow, Department of Paediatrics, The University of Melbourne Murdoch Children's Research Institute The Royal Children's Hospital Parkville, Victoria Australia  MedicalResearch.com: What is the background for this study? What are the main findings? Response: We are in an era when the price tag of genetic testing by next generation sequencing is becoming a cost-effective and rapid tool for medical diagnosis. The benefit to patients is often a more accurate and early diagnosis. Because we can do genetic analysis on blood or saliva, we don’t need to use more traditional invasive investigations such as biopsies, brain scans or other extensive imaging. We are reaching an unprecedented rate of discovery of new genes for rare disorders which will help solve the mystery for many previously undiagnosed conditions. An incredibly talented international team of researchers, led by the Murdoch Children’s Research Institute (MCRI) identified the underlying cause of a rare brain disorder in children. Together they identified that pathogenic mutations in a gene called NAXD cause severe neurological damage in children after an episode of mild fever or illness. Only six cases have been recorded worldwide and all the children died soon after suffering either a fever or illness. The research paper, ‘NAD(P)HX Dehydratase (NAXD) Deficiency: A Novel Neurodegenerative Disorder Exacerbated By Febrile Illnesses’ is published in the latest edition of the journal, Brain. MCRI lead laboratory researcher Nicole Van Bergen, said the research provides an excellent example of how new genetic testing technologies can be applied to solve the mystery of previously undiagnosed conditions. “By coupling the genetic testing information with sophisticated functional genomic approaches in the laboratory, we were able to pinpoint the exact cause of this disorder,”Dr Van Bergan said. “We used skin cells from patients, as well as other laboratory tools, to work out the gene that caused the children’s early death. END_OF_DOCUMENT_TOKEN_TO_BE_REPLACED
Continue Reading
Author Interviews, Pediatrics / 08.03.2019 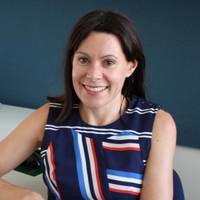 MedicalResearch.com Interview with: Prof. Angela Morgan PhD NHMRC Practitioner Fellow and Leads the Speech and Language Group Murdoch Children's Research Institute MedicalResearch.com: What is the background for this study? What are the main findings?  Response: Approximately 5% of school-aged children have a communication impairment that affects speech, language, or both. There are many subtypes of speech sound disorders, but the most severe is  (CAS), which impacts sequencing of speech movements. Childhood apraxia of speech  occurs in around 1 in 1000 children. In persistent cases of CAS, speech cannot easily be understood throughout life. Although CAS is rare, unravelling its neurobiological causes is likely to identify brain networks crucial to more common and less severe forms of speech disorders. Here we provide comprehensive speech and neuroimaging data on a large novel family where one parent and 11 children presented with features of childhood apraxia of speech. Brain MRI scanning revealed changes in core parts of the brain responsible for speech production. Even though CAS manifests as a problem with talking, we found disruptions in an underlying pathway of the brain normally associated with language (the meaning and grammar of what we say), rather than speech production. Our findings identify disruption of the dorsal language stream as a novel finding in developmental speech disorders. Overall, our data confirm the early role of this stream in auditory-to-articulation transformations.  END_OF_DOCUMENT_TOKEN_TO_BE_REPLACED
Continue Reading
Author Interviews, Dermatology, Global Health, Infections, PLoS / 28.12.2018

Scabies: For Community Control, Exam of Just Arms and Legs May Be Sufficient

MedicalResearch.com Interview with: Michael Marks MRCP DTM&H PhD Clinical Research Department, Faculty of Infectious & Tropical Diseases London School of Hygiene and Tropical Medicine Hospital for Tropical Diseases London, United Kingdom Twitter @dr_michaelmarks Daniel Engelman MBBS; BMedSci; MPHTM; FRACP; PhD Centre for International Child Health, University of Melbourne, Tropical Diseases Research Group Murdoch Children’s Research Institute Melbourne, Australia Twitter @Dan_Engelman                   MedicalResearch.com: What is the background for this study? MM: Scabies is extremely common. Globally in the region of 100-200 million people are believed to be affected by scabies annually. Recently the WHO has recognised Scabies as a ‘Neglected Tropical Disease’ in response to this burden of disease. There has been increasing interest in using Mass Drug Administration (treating whole communities) as a strategy to control scabies in communities. In order to make this practical countries need an easy mechanism for establishing if scabies is a significant problem in their communities. In general when treating an individual, clinicians would conduct a full body examination to diagnose scabies – however this may not be practical or necessary when making decisions about whether to treat whole communities. DE: Despite the fact that Scabies is a very common condition that causes a great deal of health problems, it has been largely neglected by health, research and funding agencies – but pleasingly, the WHO has now started to take action on scabies control, starting with the recognition of scabies as a "Neglected Tropical Disease" END_OF_DOCUMENT_TOKEN_TO_BE_REPLACED
Continue Reading