Ozone and Traffic Pollution May Be Important Contributors to Lung Disease 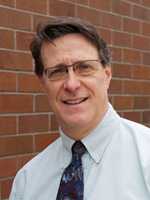 MedicalResearch.com Interview with: Joel Kaufman, MD, MPH, Professor   Environmental & Occupational Health Sciences, Medicine, and Epidemiology University of Washington  MedicalResearch.com: What is the background for this study? What are the main findings? Response: Increasingly, it is recognized that chronic lung diseases like emphysema occur in nonsmokers and rates of these diseases are continuing to increase.  We really need to understand what’s causing chronic lung disease. Air pollutants are known to make disease worse in people with prior lung disease, but little is known about whether long-term exposure to air pollutants can cause chronic lung disease. We found that higher residential concentrations of air pollutants—especially ozone and traffic-related air pollutants—are associated with changes in the lung—emphysema-like changes in the lung.  The associations were strong and suggest that air pollution may be an important contributor to chronic lung disease.  END_OF_DOCUMENT_TOKEN_TO_BE_REPLACED
Continue Reading
Author Interviews, Environmental Risks, Global Health / 01.03.2017

Western US Smog Increasingly Due To Asian Emissions

MedicalResearch.com Interview with: Dr. Meiyun Lin PhD Research  Scholar NOAA and Princeton University’s Cooperative Institute for Climate Science MedicalResearch.com: What is the background for this study? What are the main findings? Response: Ground-level ozone, also known as smog, has climbed in the rural West over the past 25 years, even in such seemingly pristine places as Yellowstone National Park. We have found out why – and why cutting our own output of smog-forming chemicals such as nitrogen oxides by 50% hasn’t helped. This study found that increased pollution from Asia, which has tripled its nitrogen oxide emissions since 1990, contribute to the persistence of smog in the West. While ozone in the eastern U.S. has decreased overall, the levels can spike during heat waves, characterized by large-scale air stagnation, warm temperatures, and plentiful radiation needed for ozone formation locally. As heat waves appears to be on the rise due to global climate change, progress in reducing smog in the eastern US is likely to be slower in the coming decades. END_OF_DOCUMENT_TOKEN_TO_BE_REPLACED
Continue Reading