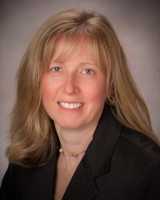 MedicalResearch.com Interview with: Nancy Phillips, MD Clinical Assistant Professor Rutgers Robert Wood Johnson Medical School Women's Health Institute New Brunswick, NJ MedicalResearch.com: What is the background for this study? What are the main findings? Response: The background of this article was as an interest piece prompting a literature review. We both felt it represented an underserved clinical need. The main findings are that the paternal age at conception does impact pregnancy outcomes, including pregnancy complications, fetal chromosomal anomalies and childhood cancers and psychological disorders. END_OF_DOCUMENT_TOKEN_TO_BE_REPLACED
Continue Reading
Author Interviews, JAMA, Mental Health Research / 27.02.2014

MedicalResearch.com Interview with: Brian D'Onofrio, PhD Associate Professor Department of Psychological and Brain Sciences Indiana University Bloomington, IN MedicalResearch.com: What are the main findings of your study? Dr. D'Onofrio: The main finding from our study is that the specific associations between advancing paternal age at childbearing and offspring psychiatric and academic problems were much larger than in previous studies. In fact, we found that advancing paternal age was associated with greater risk for several problems, such as Attention Deficit Hyperactivity Disorder, suicide attempts and substance use problems, whereas traditional research designs suggested advancing paternal age may have diminished the rate at which these problems occur. END_OF_DOCUMENT_TOKEN_TO_BE_REPLACED
Continue Reading