Severe Obesity More Common in Rural or Urban Areas in US? 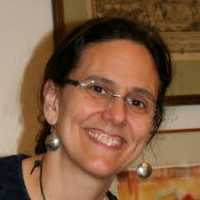 MedicalResearch.com Interview with: Cynthia L. Ogden, PhD, MRP Chief, NHANES Analysis Branch Epidemiologist, NCHS/CDC Hyattsville, MD 20782 MedicalResearch.com: What is the background for this study? What are the main findings?  Response: 40% of adults and over 18% of youth in the US have obesity. Disparities in obesity have been reported by demographics and urbanization. We looked at the prevalence of obesity and severe obesity by demographics and by level of urbanization – rural, small/medium metro and large urban. We also looked at trends over time in urban and rural areas. Obesity and severe obesity rates were higher in rural areas than large urban areas among adults. Among youth, severe obesity rates were higher in rural areas compared to large urban areas. Differences in age, smoking, education or race/ethnicity between urban and rural areas did not explain the differences we found between urban and rural areas. Between 2001-2004 and 2013-2016 severe obesity among men in rural areas more than tripled and among women more than doubled. Increases in severe obesity also occurred in urban areas in men and women but they were not nearly as large. END_OF_DOCUMENT_TOKEN_TO_BE_REPLACED
0 Comments
Continue Reading