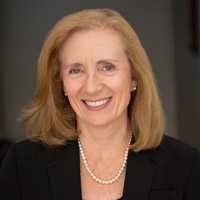 MedicalResearch.com Interview with: Dr. Carol Mangione, M.D., M.S.P.H., F.A.C.P. Division Chief of General Internal Medicine and Health Services Research Professor of Medicine Barbara A. Levey, MD, and Gerald S. Levey, MD, endowed chair in Medicine David Geffen School of Medicine University of California Los Angeles Professor of public health at the UCLA Fielding School of Public Health.  MedicalResearch.com: What is the background for this study? Response: We all want to find better ways to help prevent breast cancer, a disease that impacts the lives of too many women in the United States each year. Fortunately, the Task Force found there are steps that women at increased risk can take to reduce their chances of developing breast cancer. END_OF_DOCUMENT_TOKEN_TO_BE_REPLACED
Continue Reading
Author Interviews, Breast Cancer, Endocrinology, OBGYNE / 13.09.2016

MedicalResearch.com Interview with: Leena Hilakivi-Clarke, PhD Professor of Oncology Georgetown University Washington, DC 20057 MedicalResearch.com: What is the background for this study? Response: About 70% of women who develop breast cancer express estrogen receptors in their cancer. These patients are treated with endocrine therapies that target estrogen receptors. Endocrine therapies are effective in half of the patients, but the other half are resistant to the treatment and recur. Prior to the start of endocrine therapy, there is no way to predict who will respond to it and who will have recurrence of breast cancer. Therefore, it is not known which patients might benefit from an additional therapy to prevent recurrence, and what that additional therapy would entail. We wondered if resistance to endocrine therapy (we used tamoxifen) is pre-programmed by maternal exposure to the estrogenic endocrine disrupting chemical ethinyl estradiol (EE2). Previously, we and others have found that EE2 and other estrogenic compounds, when given during pregnancy, increase breast cancer risk in the female offspring in animal studies and among humans. The current study was done using a preclinical animal model that was used 50 years ago to discover that tamoxifen is an effective endocrine therapy for estrogen receptor positive breast cancer patients. END_OF_DOCUMENT_TOKEN_TO_BE_REPLACED
Continue Reading
Author Interviews, Breast Cancer / 28.11.2014

MedicalResearch.com Interview with: Florien Boel MSc VU University Medical Center Department of Medical Psychology Amsterdam, The Netherlands Medical Research: What are the main findings of the study? Answer: In postmenopausal breast cancer patients, endocrine therapy is widely used, and often for many years on end. Endocrine therapy is thought to have an effect on cognitive functioning, but previous studies have not yet accounted for the possible influence of the diagnosis of cancer and subsequent anxiety, depression or fatigue on cognitive performance. In addition, the cognitive effects of endocrine therapy after long-term use are still mostly unknown. Therefore, we compared cognitive functioning of postmenopausal breast cancer patients who underwent surgery and/or radiotherapy (N=43) with the cognitive performance of women who also received adjuvant endocrine therapy (tamoxifen) (N=20) and a group of healthy matched individuals (N=44). In accordance with the literature, we found that especially cognitive domains that rely heavily on verbal abilities (verbal memory and fluency) seem to be at risk for deterioration during long-term treatment (~2.5 years) with tamoxifen. END_OF_DOCUMENT_TOKEN_TO_BE_REPLACED
Continue Reading
Author Interviews, Breast Cancer, NEJM / 10.07.2014

Tamoxifen Found in Some Dietary Supplements

MedicalResearch.com Interview with: Simon D. Brandt, PhD Reader in Bioactive Drug Chemistry School of Pharmacy & Biomolecular Sciences Liverpool John Moores University Associate Editor "Drug Testing and Analysis" (Wiley) Author's background comment: This type of work represents one of our areas of activity related to multi-disciplinary approaches to harm reduction which combines public health work with research on various properties of bioactive substances. MedicalResearch.com: What are the main findings of the study? Answer: As part of our work related to so-called lifestyle and image-enhancing drugs and legal highs/bath salts, we became interested in a particular "food/dietary supplement" called "Esto Suppress" because it was discussed on some Internet forums dedicated to the topic of bodybuilding. Some forum members were speculating that tamoxifen might be present in this particular product. The reason for this speculation came from the chemical name that was written on the label which pointed in that direction. This particular product was also widely available from a number of online retailers and while some indications existed that the same chemical name was mentioned, others were seen to list a modified version of that name which did not always make much chemical sense. We test purchased four "Esto Suppress" samples in a local fitness store and confirmed that three of them contained the breast cancer drug tamoxifen. END_OF_DOCUMENT_TOKEN_TO_BE_REPLACED
Continue Reading
Author Interviews, Bone Density, Breast Cancer, Mineral Metabolism / 23.08.2013

MedicalResearch.com: Interview with: Richard R. Love, MD MS International Breast Cancer Research Foundation Professor of Medicine and Public Health The Ohio State University Columbus, OH MedicalResearch.com: What are the main findings of the study? Answer: Surgical oophorectomy and tamoxifen treatment was associated with no loss of bone mineral density (BMD) in the femoral neck, and loss of BMD in the first year, followed by stabilization in the lumbar spine. END_OF_DOCUMENT_TOKEN_TO_BE_REPLACED
Continue Reading
Breast Cancer / 01.08.2011