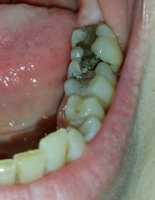 MedicalResearch.com Interview with: Katrina Scurrah PhD Senior Research Fellow (Biostatistician), Twins Research Australia, and Melbourne School of Population and Global Health, The University of Melbourne and Honorary Fellow, Murdoch Childrens Research Institute. MedicalResearch.com: What is the background for this study? Response: Oral health is an important component of general health and yet dental caries (decay) is still common in children (affecting up to one in three 5-6 year old children in Australia). Although we know that some genetic and lifestyle factors (such as diet) are important risk factors for caries, the relative importance of these is still unclear.  Risk factors from pregnancy and very early childhood (even before teeth appear) might also be important. This study is the first to include prospectively measured data on health and well-being from pregnancy, birth and early childhood in a study of twin children. We analysed data from a cohort of 172 pairs of twin children to assess the effects of genes and environment on susceptibility to dental caries at six years-of-age. END_OF_DOCUMENT_TOKEN_TO_BE_REPLACED
Continue Reading
Alzheimer's - Dementia, Author Interviews, Exercise - Fitness / 06.02.2015

MedicalResearch.com Interview with: Paula Iso-Markku, MD, Department of Clinical Physiology and Nuclear Medicine,  HUS Medical Imaging Center,  Helsinki University Central Hospital and University of Helsinki Helsinki , Finland MedicalResearch: What is the background for this study? What are the main findings? Dr. Iso-Markku : The social, financial and humane burden of the dementia is extensive as the worldwide prevalence of dementia is estimated around 35.6 million. Finding efficient prevention strategies for dementia is crucial. Within the past decade vascular risk factors have been recognized as very potential risk factors of dementia. As physical activity is known to affect vascular risk factors, it might also be a potential preventive tool against dementia. Few comprehensive epidemiological studies on physical activity in middle age and dementia occurrence later in life have been conducted. The comprehensive Finnish Twin Study offers a unique approach to the subjects as the shared growing up environment and genes can be taken into account. The study population is extensive and a good representation of the Finnish population. In this study the association of physical activity in adulthood and dementia mortality was investigated in a 29-year follow-up. The main finding in this study was that persistent vigorous (i.e. more strenuous than walking) physical activity was significantly associated with lower dementia mortality. The results in the paired analysis, comparing twins to co-twins, were similar but remained non-significant. The analyses of the volume of physical activity were, however, controversial. END_OF_DOCUMENT_TOKEN_TO_BE_REPLACED
Continue Reading
Author Interviews, Sleep Disorders / 27.03.2013

MedicalResearch.com Interview with: Christer Hublin Apulaisylilääkäri, neurologian dosentti (Helsingin yliopisto) - Assistant Chief Medical Officer, Docent (Adjunct Professor) in Neurology (Helsinki University) Unilääketieteen erityispätevyys (Suomen lääkäriliitto) Sleep medicine specialist (NOSMAC/ESRS) Työterveyslaitos - Finnish Institute of Occupational Health FIN-00250 Helsinki Finland MedicalResearch.com What are the main findings of the study? Answer: We found in an adult twin cohort (the Finnish Twin Cohort) that the proportion of variance in sleep length accounted for by genetic effects was relatively low (about one third) but stable (correlation 0.76 over a period of 15 years.). In contrast, the proportion of variance accounted for by environmental effects was high (about 0.7) and these effects were less stable (correlation over the time period 0.18). The proportion of short sleepers was more than doubled in both genders, whereas in the proportion of long sleepers no major change was seen during the follow-up. To our knowledge, this is the first longitudinal study providing data on the contribution of genetic factors to stability and change of sleep length over time. END_OF_DOCUMENT_TOKEN_TO_BE_REPLACED
Continue Reading