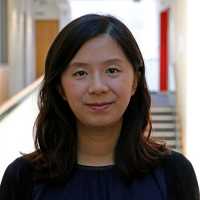 MedicalResearch.com Interview with: Dr Tammy Y N Tong PhD Cancer Epidemiology Unit Nuffield Department of Population Health University of Oxford, Oxford, UK MedicalResearch.com: What is the background for this study? Response: Vegetarian and vegan diets have become increasingly popular in recent years, partly due to the perceived health benefits, but also concerns about the environment and animal welfare. However, the full extent of the potential health benefits and hazards of these diets is not well understood. Previous studies have suggested that vegetarians have a lower risk of coronary heart disease than non-vegetarians, but data from large studies are limited, and little has been reported on the difference in risk of stroke. END_OF_DOCUMENT_TOKEN_TO_BE_REPLACED
Continue Reading
Author Interviews, Colon Cancer, JAMA, Vegetarians / 09.03.2015

MedicalResearch.com Interview with: Michael J. Orlich, MD, PhD Program Director, Preventive Medicine Residency Loma Linda University Co-Investigator, Adventist Health Studies Medical Research: What is the background for this study? What are the main findings? Dr. Orlich: Colorectal cancer is the second leading cause of death from cancer in the United States.  Screening efforts such as colonoscopies have helped save many lives by detecting pre-cancerous polyps and removing them.  However, it is even better to prevent cancers from forming in the first place.  We call this primary prevention.  Diet is a potentially important approach to reduce the risk of developing colorectal cancer.  In this analysis, we compared those eating different categories of vegetarian dietary patterns to those eating a non-vegetarian diet.  About half of our study population was classified as non-vegetarian, which we defined as eating meat at least weekly.  The other half of our population we called vegetarian and further divided them into four different vegetarian groups:  semi-vegetarians ate meat but less than once per week; pesco-vegetarians ate fish but avoided other meats; lacto-ovo-vegetarians avoided meat but ate eggs and/or dairy products; and vegans avoided all meats, eggs, and dairy.  All vegetarians together had on average a 22% relative reduction in the risk of developing colorectal cancer, compared to non-vegetarians, after carefully adjusting for many other factors.  Pesco-vegetarians in particular had a much lower risk compared to non-vegetarians. END_OF_DOCUMENT_TOKEN_TO_BE_REPLACED
Continue Reading
Author Interviews, JAMA, Nutrition, Outcomes & Safety, Vegetarians / 06.06.2013

MedicalResearch.com eInterview with: Michael J. Orlich, M.D. Program Director Preventive Medicine Residency Loma Linda University www.lluprevmedres.org Research Fellow, Adventist Health Studies www.adventisthealthstudy.org MedicalResearch.com: What are the main findings of the study? Dr. Orlich: The main findings were these. Vegetarians, as we defined them, had reduced risk of death during the study period compared to non-vegetarians. This was true also for particular vegetarian diets including for vegans, lacto-ovo-vegetarians, and pesco-vegetarians.  Reduced risk was seen in particular for deaths related to disease of the heart, kidneys, and diabetes. Findings were stronger in men than women. END_OF_DOCUMENT_TOKEN_TO_BE_REPLACED
Continue Reading