Botox Treatments: How Long Do They Last and What Is the Optimal Treatment Strategy? 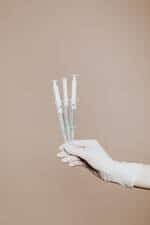 Botox treatment was created to make undesirable physical lines less visible. It is an efficient way to bring the natural facial appeal back to its normal condition. By getting quick and painless Botox injections, you can maintain the appearance you want most. There are a lot of myths surrounding the treatment, but the popularity of Botox is a very real thing.

When you hear about Botox, it is usually attached to a celebrity story. This type of treatment is very popular in Hollywood circles, and for good reason. It is an effective way to keep a specific look without major cosmetic surgery. When time is of the essence, Botox has no equal. You can set up an appointment, get the injections, and see results as early as three days. That is a single weekend required to get good looking results without breaking the bank. Hollywood is a business that relies on looks, so the popularity of Botox is no surprise. Its effectiveness on the most beautiful people in the world is the main reason why it’s still trending. END_OF_DOCUMENT_TOKEN_TO_BE_REPLACED
Continue Reading
Author Interviews, Dermatology / 21.05.2020 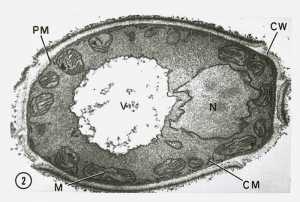 MedicalResearch.com Interview with: Keshav K. Singh, Ph.D. Joy and Bill Harbert Endowed Chair in Cancer Genetics Professor of Genetics, Pathology and Environmental Health Founding Editor-in-Chief, Mitochondrion Journal Director, Cancer Genetics Program The University of Alabama at Birmingham Birmingham, AL 35294 MedicalResearch.com: What is the background for this study? What are the main findings?  Response: Decline in mitochondrial DNA content and mitochondrial function has been observed in aging humans. We created mouse to mimic those condition to show that decline in mitochondrial function leads to development of wrinkles and loss of hair. The main finding is that by restoring mitochondrial function we can reverse skin wrinkles to normal healthy skin and also regain hair growth.  END_OF_DOCUMENT_TOKEN_TO_BE_REPLACED
Continue Reading
Author Interviews, Dermatology, Surgical Research / 04.03.2018

Facial Fillers Carry Rare But Significant Side Effects and Risks

MedicalResearch.com Interview with: Boris Paskhover, MD Associate Professor,Department of Otolaryngology-Head and Neck Surgery Rutgers New Jersey Medical School MedicalResearch.com: What is the background for this study? What are the main findings? Response:  Facial fillers include a wide range of cosmetic products used by physicians for augmenting the face. Some fillers are permanent, while others are temporary. Lip filler material is included in this category. Any physician is allowed to perform these procedures but patient’s need to be aware that these are not benign procedures and have some serious complications. It’s important to always go to an experienced facial plastic surgeon, general plastic surgeon or possibly dermatologist for your aesthetic fillers. Our study detailed a decade-long review of FDA reported complications with aesthetic fillers. END_OF_DOCUMENT_TOKEN_TO_BE_REPLACED
Continue Reading
Aging, Author Interviews, Dermatology / 03.01.2015

Collagen Target May Lead To Treatment Of Wounds, Wrinkles and Fragile Skin

MedicalResearch.com Interview with: David Granville, BSc, PhD, FAHA Professor, University of British Columbia Scholar of the Royal Society of Canada Director, GEM Facility, Centre for Heart Lung Innovation, St. Paul's Hospital Founder and CSO, viDA Therapeutics, Inc. Vancouver, BC, Canada Medical Research: What is the background for this study? What are the main findings? Dr. Granville: My background is in cardiovascular research. In particular, how age affects blood vessels and how age affects mechanisms of blood vessel and heart injury and repair. We became interested in skin aging during a study in which we were studying the role of a protein degrading enzyme known as Granzyme B in atherosclerosis (hardening of the arteries) and aging. In these studies, we were using a genetic mouse model that is prone to accelerated aging, and knocked out Granzyme B. Although we were initially focused on the blood vessels, we also found that Granzyme B-deficient mice exhibited younger-looking skin. As we started to look into this, we became aware that UV light can induce the skin cells to produce Granzyme B. As sunlight is believed to be responsible for 80-90% of preventable skin aging, we generated a solar-simulated light box (with the similar ratios of UVA/UVB to sunlight) to assess whether Granzyme B played a role in UV-induced skin aging (aka photoaging). We exposed the mice to repetitive, low dose UV three times per week for 20 weeks. After 20 weeks we observed that Granzyme B deficient mice exhibited fewer wrinkles. We then wanted to look histologically and biochemically into how Granzyme B was affecting skin morphology. Granzyme B deficient mice exhibited greater collagen density compared to mice that possessed Granzyme B. As we looked into the mechanism in more detail, we determined that Granzyme B was cleaving a protein known as decorin. Decorin is responsible for collagen fibrillogenesis and assembling collagen into tight bundles. Loss of decorin is associated with a loss of collagen tensile strength. Interestingly, decorin also protects collagen from destruction by a protein-degrading enzyme known as MMP1. We showed in the study that by breaking down decorin, Granzyme B renders collagen susceptible to MMP1-mediated degradation. In addition, we showed that Granzyme B-fragmentation of another protein, fibronectin, led to the upregulation of MMP1 in skin fibroblasts. In summary, the paper showed that UV induced Granzyme B expression in the skin and showed that this enzyme contributes to the breakdown of extracellular matrix proteins and formation of wrinkles. A link to the Aging Cell publication: http://onlinelibrary.wiley.com/doi/10.1111/acel.12298/pdf END_OF_DOCUMENT_TOKEN_TO_BE_REPLACED
Continue Reading