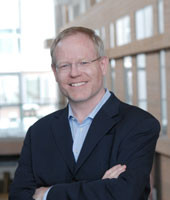 Dr. Callaghan: In Canada, the minimum legal drinking age (MLDA) is 18 years in Alberta, Manitoba and Québec, and 19 in the rest of the country. Given that public-health organizations not only have recommended increasing the MLDA to 19 years, but also have identified 21 years as ideal, the current study tested whether drivers slightly older than the MLDA had significant and abrupt increases in alcohol-impaired driving (AID) crimes, compared with their counterparts just younger than the MLDA. Data on the effectiveness of Canadian drinking-age laws is lacking, and the current study provides important information for the current national and international MLDA debates.

Dr. Callaghan: Release from drinking-age restrictions appears to be associated with increases in alcohol-impaired driving offenses among young drivers in Canada, ranging from 28%-43% among males and 19%-40% among females.

Dr. Callaghan: Based on the study findings, it appears that transition across the minimum legal drinking age is an important phase of driving-related risk for young people, and it may be helpful for clinical and public health strategies to target this period with tailored interventions.

Dr. Callaghan: The bulk of the available minimum legal drinking age research has focused narrowly on how MLDA policies have affected hazardous drinking or fatal/nonfatal motor vehicle collisions in the United States, leaving other critically important alcohol-related harms rarely examined and MLDA effectiveness in other countries seldom considered. My future work aims to broaden the discussion about the effectiveness of MLDA laws and assess whether these drinking-age restrictions might have an impact on patterns of: injury requiring emergency department care, and police-reported/self-reported violent victimization events among young people.

Impacts of Drinking-age Legislation on Alcohol-Impaired Driving Crimes Among Young People in Canada, 2009-2013.