29 May ADHD More Common if Grandmother Used DES During Pregnancy 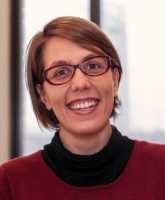 Response: The prevalence of neurodevelopmental disorders, like attention deficit/hyperactivity disorder (ADHD) has been increasing. One of the hypothesized risk factors for increased risk for neurodevelopmental disorders is a class of chemicals known as endocrine disrupting chemicals (EDCs). These chemicals are known to interfere with the endocrine system, i.e. the system that uses hormones to control and coordinate metabolism, reproduction and development. Several high production volume chemicals, ubiquitously present in commercial products, are known or suspected endocrine disruptors. Because of their widespread use in consumer products, the population-wide exposure to known and suspected EDCs is very high.

Recently, there has been increased attention in the potential effects of EDCs on neurodevelopment that span multiple generations. Animal studies have provided evidence that exposure to EDCs, such as phthalates and bisphenol A (BPA), alter the behavior and social interactions in mice in three to five generations after exposure. However, evidence of such multi-generational impacts of EDC exposure on neurodevelopment in humans is unavailable, likely because of the lack of detailed information on exposures and outcomes across generations.

For this study we leveraged information from a nationwide cohort, the Nurses’ Health Study II (NHSII), to investigate the potential link between exposure to diethylstilbestrol (DES) and third generation ADHD, i.e. ADHD among the grandchildren of the women who used DES while pregnant. DES is a very potent endocrine disruptor that was prescribed between 1938 and 1971 to pregnant women thought to prevent pregnancy complications. In the United States, between 5 and 10 million women are estimated to have used DES, although the exact number is not known. DES was banned in 1971, when was linked to vaginal adenocarcinomas (a rare cancer of the reproductive system) in the daughters of the women who had used it during pregnancy. Since then, DES has been also linked to multiple other reproductive outcomes in DES daughters, as well as with some reproductive outcomes in the grandchildren of the women who used it, such as hypospadias and delated menstrual regularization. However, to our knowledge, no study to date has evaluated the association between DES, or any other EDC, and multigenerational neurodevelopment.

Response: We used information from 47,540 NHSII participants who reported on their mother’s DES use during pregnancy and on their children’s ADHD diagnosis. Among the 47,540 NHSII mothers, approximately 2% had used DES when pregnant, and among the 106,198 children, 5,587 had been diagnosed with ADHD.

Response: In our study, we found evidence in humans of increased ADHD risk in the third generation following DES use during pregnancy. Although the levels and potency of DES are much higher than those of any single EDC to which humans are daily exposed, the ubiquity of environmental EDC exposure, suggesting a very high prevalence, and the possibility of cumulative consequences must be considered.

Response: Because this was the first ever study to investigate the association between exposure to a potent EDC and third-generation neurodevelopment, our findings should be interpreted with caution. More human studies are warranted to evaluate the same association, as well as the association with environmental EDCs to which humans are daily exposed.

Any disclosures? Nothing to disclose.