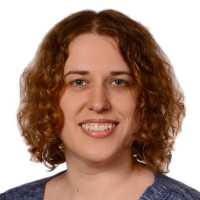 Dr. Jackson: Sodium reduction is an important public health strategy to reduce cardiovascular disease, and this study was the latest in CDC’s ongoing effort to monitor U.S. sodium intake. These findings reveal that nearly all Americans – regardless of age, race and gender – consume more sodium than is recommended for a healthy diet.

Specifically, over 90 percent of children (2 to 18) and 89 percent of adults (19 and up) eat more than the recommended limits in the 2015-2020 Dietary Guidelines for Americans, and that doesn’t even include salt added at the table. The newly released guidelines recommend limiting sodium to less than 2,300 mg per day for people over the age of 14, and less for those younger.

The analysis also examined specific populations. Among adults, a larger proportion of men (98 percent) than women (80 percent) consume too much sodium. Among people at greater risk of developing heart disease or stroke – such as people age 51 and older, African Americans and individuals with high blood pressure or pre-hypertension (blood pressure higher than normal but not in the “high” range) – more than three out of four exceed 2,300 mg per day. Adults with hypertension consume slightly less sodium than other adults, and may be trying to follow physician’s advice to reduce sodium. However, 86 percent of adults with hypertension still consume too much.

Dr. Jackson: The new data highlight the importance of – and support for – nationwide sodium reduction efforts, as well as opportunities for healthcare professionals to advise patients on limiting sodium in the diet. Physicians and healthcare professionals can teach patients how to read nutrition labels when choosing foods or make small changes each day to reduce sodium intake, such as eating a diet rich in fruits and vegetables without added salts or sauces. Patients can also follow a diet consistent with the DASH eating plan.

Future research could include evaluation of the progress and public health impact of these initiatives.

Prevalence of Excess Sodium Intake in the United States — NHANES, 2009–2012