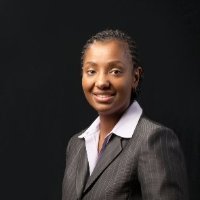 Dr. Wright: This study was a secondary analysis of baseline data from the After Discharge Care Management of Low Income Frail Elderly (Agency for Healthcare Research and Quality grant #1 R01 HS014539-01A1). The participants were aged 65 and older enrolled during an acute care hospitalization. Each participant had at least one deficit in activities of daily living (e.g., bathing, dressing) or two deficits in instrumental activities of daily living (e.g., transportation, paying bills). The purpose of the study was to test House’s Conceptual Framework for Understanding Social Inequalities in Health and Aging in Medicare-Medicaid enrollees in a group of low-income older adults to determine the relationships between socio-demographic factors (i.e., race, education, age, gender, income, and neighborhood poverty), health behaviors, and physical function and emotional well-being. As a part of the health behavior component, participants were interviewed and asked questions regarding the amount of physical activity they engaged in during the week.

Dr. Wright: Race, neighborhood poverty, education, and income did not influence physical function or emotional well-being in this sample of older adults. Even in a group of low-income older adults with an average of 9 chronic conditions, there was a significant relationship between engaging in physical activity such as housework and their perceived function and emotional well-being.

Dr. Wright: Despite the challenges of multiple chronic illnesses, coach your patients to set goals to engage in physical activity.

Dr. Wright: Future research should include use of technological devices to test person-centered interventions to promote physical activity in homebound older adults.