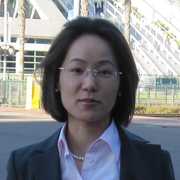 Dr. Park: The 2013 BRFSS provides the most recent state data for this behavior using a short screener which showed that about 1 in 3 adults consumed sugar-sweetened beverages (SSBs) at least once per day, and SSB intake differed by state and by certain subgroups.

The main findings of the study showed the following among the 23 states and DC surveyed the prevalence of adults who consumed sugar-sweetened beverages at least once daily was:

Dr. Park: There is no nutritional benefit in sugary drinks.  Sugar-sweetened beverages are major sources of added sugars and calories in U.S. diets, and daily SSB intake has been associated with adverse health consequences such as obesity, Type 2 diabetes, and cardiovascular disease.  Clinicians can screen and counsel patients on reducing SSB intake, inform patients about the health effects of frequent SSB intake, and encourage their patients to choose healthier beverages as often as possible. Patients should know that reducing  sugar-sweetened beverages consumption as part of a healthy lifestyle might help with weight management and lower the risk for chronic disease. People who want to reduce their daily added sugar intake can replace  sugar-sweetened beverages with healthier beverages, such as plain water, water with fruit or unsweetened coffee or tea.

Prevalence of Sugar-Sweetened Beverage Intake Among Adults — 23 States and the District of Columbia, 2013

“The evidence is clear that too much sugar contributes to heart disease and death, yet a new CDC report shows one in three Americans are still drinking sugary drinks at alarming rates. Many beverages that have been promoted as healthy are, in fact, loaded with too much sugar. Sweet tea, fruit drinks, sports drinks as well as regular sodas often contain more sugar than we recommend in one day for the average adult, yet they are consumed by children and adults alike on top of other sugary foods. In order to turn the tide on heart disease and diabetes, the American Heart Association advocates for sweeping changes to shift the culture towards heart-healthy living.”