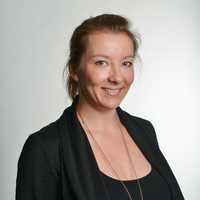 Summary: Researchers based at SAHMRI (South Australian Health and Medical Research Institute) in Adelaide, South Australia have recently demonstrated the significance of early increases in the expression of ABCB1 in predicting long-term response to imatinib therapy. Lead researcher, Dr Laura Eadie, has recently had these findings published in the journal Leukemia and says that she hopes “the evidence provided by the study could be used to inform better patient treatment in the future”.

Response: ABCB1 (p-glycoprotein) is a membrane transporter known to be involved in the efflux of the tyrosine kinase inhibitors (TKIs) that are used to treat chronic myeloid leukaemia (CML). Overexpression of ABCB1 has also been demonstrated to cause resistance to the TKIs imatinib, nilotinib and dasatinib in vitro. Although studied previously in CML patients, the predictive value of ABCB1 in determining a patient’s long-term response to imatinib had not been realized … until now.

Previous studies investigating ABCB1 as a predictive biomarker focused on expression levels of ABCB1 at one time point in isolation. For our study, we have measured the levels of ABCB1 at two separate time points specified in the TIDEL II trial protocol: day 1 (prior to the start of imatinib therapy) and day 22 (three weeks on imatinib). We then calculated the fold rise in ABCB1 expression levels at day 22 compared with day 1 and grouped patients about the median into high and low fold rise. When we compared molecular outcomes for patients within these two ABCB1 expression groups we noticed a striking difference in outcome to imatinib therapy.

Additionally, patients who went on to develop mutations that made them resistant to their therapy or who underwent disease progression or even succumbed to their disease were more likely to have increased levels of ABCB1 mRNA before they lost response to their imatinib treatment.

Because the TIDEL II trial specifies a switch to nilotinib for patient’s who fail imatinib therapy and nilotinib is also likely transported by ABCB1, we also wanted to correlate a patient’s ABCB1 expression with their response to subsequent nilotinib therapy following imatinib failure. We found that the majority of patients with a low fold rise in ABCB1 mRNA achieved MMR following the switch to nilotinib (82%). Conversely, patients with a high fold rise in ABCB1 at the time of switching therapy were less likely to achieve MMR (49%)

Response: In the future we hopes to validate these findings in other trials; we are currently investigating whether ABCB1 can be used as a predictive biomarker for CML patients receiving up front nilotinib therapy.

We are also further investigating the mechanism by which ABCB1 expression increases in these patients who respond poorly to imatinib. Preliminary assessment of ABCB1 protein levels in day 1 vs. day 22 samples suggest that the greater increase in ABCB1 we are noticing may be due to clonal selection of ABCB1-expressing granulocytes, but further work needs to be done in this area to confirm these observations.

Response: Assessment of ABCB1 mRNA could serve as an easily transferrable test to predict the likelihood for a patient achieving a deep molecular response. This study could potentially help treating clinicians to make a therapy decision within the first month of imatinib therapy. Treatment regimens could be modified pre-emptivly, preventing a patient losing response to therapy and maximizing a patient’s probability of long-term survival.