20 Jul Is There an Increased Risk of Breast Cancer in Women Who Have IVF? 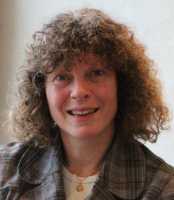 Response: After a median follow-up duration of 21.1 years, breast cancer risk in IVF-treated women was not significantly different from that in the general population and from the risk among women who underwent other fertility treatments. The risk was not increased until more than 20 years after IVF treatment. Moreover, we did not identify possible subgroups at increased risk. The risk did not differ by type of fertility drugs or subfertility diagnosis. Women who had been treated with more than 6 cycles of IVF even had a lower risk of breast cancer than women treated with 1 to 2 cycles. Women who had a low egg yield after hormonal stimulation of the ovaries had a lower risk of breast cancer than women with an average egg yield.

Response: The results of this study are reassuring for women who have had IVF treatments in the past, in the period until 1995 in the Netherlands. In other countries mostly IVF regimens were quite similar in approximately the same period, with first downregulation followed by hormonal stimulation of the ovaries. We believe that the risks of breast cancer will not be increased for women who have received IVF treatments in other countries, more recently or will undergo IVF in the future, because there were no increased risks in our study in subgroups, especially did the risk of breast cancer not differ by type of fertility drugs or subfertility diagnosis, or even after many cycles and long follow-up. However, future research should be done to confirm this.

Response: Future research should focus on more recently treated women because different stimulation protocols have been used. However, consequently, follow-up for these women is still shorter than for the studied population. Furthermore, it remains important to follow-up the studied population to evaluate risk of postmenopausal breast cancer, because a large proportion of women did not yet reach menopause.

Response: This study is unique because it is a nationwide study comprising a large number of women treated with IVF and other fertility treatments, yet, with detailed treatment information and complete information regarding breast cancer incidence and the most important confounding factors parity and age at first birth, and a median follow-up of more than 20 years.

Furthermore, the risk of breast cancer among IVF-treated women has been compared with the risk in the general population and among women having undergone other fertility treatments.