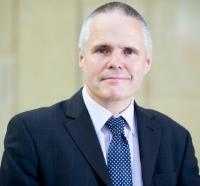 Response: Ovarian cancer is the 5th most common cause of cancer-related death in woman and the most deadly gynaecological cancer. One of the reasons for this is its resistance to conventional chemotherapy. Although tumours often respond well at first, showing dramatic shrinkage in the first few months of treatment, they usually grow again and at this point they are no longer sensitive to the drugs. We studied the role of HOX genes in ovarian cancer. The HOX genes play an important role in the early development of the embryo but are usually switched off in adult cells. However, many cancers, including ovarian cancer, turn them back on. Previous work suggested that they might have an important role in promoting the rapid proliferation of cancer cells.

Response: The main findings of this study were that most ovarian tumours do indeed have very high levels of HOX gene activity. Furthermore, a smaller group of HOX genes was found to predict how long patients survived after treatment, and of these, two genes were found that helped tumours resist conventional chemotherapy drugs. Most importantly of all, we show that treating ovarian cancer cells with a drug that stops HOX genes working – HXR9 – blocks this resistance, re-sensitising cancer cells to chemotherapy.

Response: HOX genes might help doctors to understand how ovarian cancer will progress in each patient, which in turn could help them make the best treatment decisions for patients. In addition, combining chemotherapy with drugs that block HOX function might stop tumours from becoming resistant to treatment.

Response: Work is continuing to develop a form of HXR9 that can be more easily used in the clinic. We hope that clinical trials of one of these new drugs will begin next year.