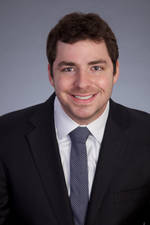 Response: Prostate Specific Antigen (PSA) is a blood test that is used to detect prostate cancers and to follow a cancer’s response to treatment. PSA was widely implemented as a screening tool for prostate cancer in the early 1990s, and became a routine test during an annual physical for men over 40. Doctors started using it because values above a “normal” threshold were associated with a greater risk of prostate cancer. Following the adoption of PSA screening in the early 1990s, there has been a large increase in the number of men diagnosed with cancer, and a decrease of approximately 50% in the rate of prostate cancer death.

This was a major piece of evidence used by the United States Preventative Services Task Force (USPSTF) to form its 2012 recommendation against PSA screening. The argument was that in spite of the other evidence showing a benefit to PSA testing, including US epidemiologic trends, and another large randomized trial showing PSA screening was effective (the ERSPC), we now had good evidence showing no benefit to PSA testing in the US. Since 2012 we have seen dramatic declines in prostate cancer screening in the US as a result.

Response: In any trial, the goal is to compare two different things, say apples to oranges, to see which is better. One major concern with the PLCO trial was that many men in the US were getting PSA testing done by their regular physicians by the time the trial had started. So the concern was that if men in the control group were also getting tested and compared to men in the intervention group, then comparing prostate cancer mortality between arms wouldn’t be useful, like comparing apples to apples. We noticed that there was significant variation regarding the rate of testing in the control group (also called contamination) that was quoted in the literature; from those who said 50% cumulatively had PSA testing during the trial (as the USPSTF did) to those who said it was 50% annually or higher. Because this number is so important, and other than the mortality difference is probably the most important consideration when evaluating the trial, we were curious as to why the numbers were so discrepant. What we found when we looked closely at the survey results was that the number of men in the control arm who had PSA testing was very high, near 90%. As essentially everyone in the control group had PSA screening during the trial, that the trial results showed no difference in prostate cancer death between the two arms is not very meaningful, because practically everyone was screened.

Response: PSA screening was “wrongfully convicted” because of the PLCO trial. Based on the available data, PSA screening clearly prevents men from dying of prostate cancer. While the magnitude of that effect may be up for discussion, the presence of an effect should not be. Currently 26,000 men die a year of prostate cancer in the US, without PSA testing some estimates put that rate much higher.

Response: it is unlikely that there will be any other large scale randomized trials of PSA screening in the near future. That said we have a quality randomized study, the European Randomized Study of Screening for Prostate Cancer (ERSPC) which randomized over 160,000 men in Europe, and in contrast to PLCO, found that PSA screening decreased prostate cancer mortality.

The first step is for policy makers to revise their recommendations on PSA screening based on our clarification and the remaining evidence.

The next major step is the continued development of approaches to screening, diagnosis, and treatment that limit the harms of over-detection while preserving the survival benefits.

Citation: Abstract presented at the May 2016 AUA meeting