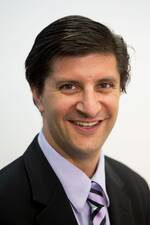 MedicalResearch.com:  What is the background for this study? How does the amount of flavanols in the study arm compare to what might be obtained in a typical diet?

Response: The COcoa Supplement and Multivitamin Outcomes Study (COSMOS) is a randomized, double-blind, placebo-controlled clinical trial that tested the effects of two promising dietary supplements on cardiovascular disease (CVD) and cancer in 21,442 older adults. Cocoa flavanols have been shown to have favorable vascular effects in small and short-term clinical trials. The 500 mg/day flavanols tested in COSMOS exceeds that readily obtained in the diet typically from cocoa, tea, grapes, and berries. Of note, flavanol content in not typically listed on food labels.

COSMOS also tested a multivitamin, the most common dietary supplement taken by US adults and previously linked with a potential modest reduction in cancer in a previous long-term trial of men conducted by our research group at the Division of Preventive Medicine at Brigham and Women’s Hospital.

MedicalResearch.com:   What are the main findings?

On the other hand, we found that a daily multivitamin improved several nutritional biomarkers but otherwise had no significant effects on the primary outcome of total invasive cancer – likely because of the relatively short 3.6 year trial duration to affect cancer risk.

There were no safety concerns for either the cocoa flavanol or multivitamin interventions, and compliance was high.

Response: COSMOS is the first large-scale, randomized, double-blind, placebo-controlled clinical trial of a cocoa flavanol supplement that found promising signals for a role in CVD prevention in secondary analyses that warrant additional research.

COSMOS also found that a daily multivitamin supplement did not reduce total cancer risk. However, a multivitamin may beneficially impact nutritional status in older adults.

Response: For cocoa flavanols, we were highly encouraged by our COSMOS trial results. We expect that longer-term follow-up of the COSMOS trial cohort, ongoing COSMOS ancillary mechanistic studies, and a potential follow-up trial to reproduce these findings will further elucidate the relationship between cocoa flavanol supplementation and clinical cardiovascular events.

For multivitamins, future studies in COSMOS will determine the effects of a multivitamin on other aging-related clinical outcomes including cognition, falls, and eye disease.

Response: Dietary supplements such as cocoa flavanols and a multivitamin are meant to complement, not replace, a healthy, balanced diet rich in nutrients and bioactives such as flavanols. Large-scale clinical trials such as COSMOS testing novel dietary interventions cannot be completed without important contributions and support across academic, government, and industry collaborators.

Relevant disclosures for Dr. Sesso (and Dr. Manson, co-first author) include receipt of investigator-initiated grants from Mars Edge, a segment of Mars Incorporated dedicated to nutrition research and products, for infrastructure support and donation of COSMOS study pills and packaging, and Pfizer Consumer Healthcare (now part of GSK Consumer Healthcare) for donation of COSMOS study pills and packaging during the conduct of the study. Dr. Sesso additionally reports receiving investigator-initiated grants from Pure Encapsulations and Pfizer Inc., and honoraria and/or travel for lectures from the Council for Responsible Nutrition, BASF, NIH, and American Society of Nutrition.