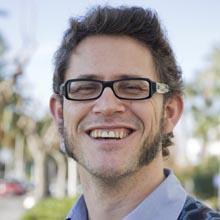 Dr. Mayor: The malaria parasite is a well-adapted pathogen which can persist and reappear in areas where infection is no longer circulating or at very low levels. Prevention of such reinfections and resurgences is critical for the current goal of malaria eradication. However, little is known about the determinants and consequences of malaria declines and resurgences. For this reason, understanding the relationship between malaria transmission, immunity and disease burdens is essential to rationalise malaria interventions aimed at reducing host-parasite encounters. We have described changes in prevalence among pregnant women delivering between 2003 and 2012 at antenatal clinics in Southern Mozambique, and showed that a reduction of malaria-specific immunity associated with drops in transmission is accompanied with an increase the severity of malaria infection among those women becoming infected. These results suggest that success of control and elimination activities may lead through a transitional period where infrequent infections will likely slowdown the rate of acquisition of host defenses and will be thus associated with more deleterious effects during pregnancy, thus requiring more precise diagnosis and surveillance methods, as well as improved prevention.

Dr. Mayor: . If transmission is high and stable, women develop considerable immunity and malaria infections are assumed to be generally asymptomatic for the majority of the women, though they still can have a deleterious impact on maternal and foetal health, especially in primigravidae. In contrast, in areas of low transmission, malaria infection is considered to be usually associated with symptoms in women of all parities, leading to higher foetal and maternal mortality. Epidemiological transitions from high or moderate to low transmission can be accompanied by increases in the adverse consequences of malaria infection on the health of the mothers and their babies. Control strategies need to be optimized and sustained in the transition period during which pregnant women will be more vulnerable to the less frequent malaria infections.

Dr. Mayor: There is a need for continued monitoring of the malaria burden to detect increasing trends of malaria infection in women living in areas where transmission has been interrupted or kept at low levels. Importantly, such monitoring of malaria trends should be accompanied by clinical surveillance to assess if changing trends are followed by a rise in the frequency of severe malaria syndromes. In this sense, pregnant women, who are of relatively easy access group through antenatal clinics, constitute a potential sentinel group to monitor malaria trends in the general community to be considered either in control and elimination phases. Specifically, antibodies against VAR2CSA, the parasite antigen involved in the sequestration of infected erythrocytes in the placenta, constitute the basis of a serological tool in which we are currently working to monitor short-term changes in malaria burden that can guide elimination efforts.

Finally, results of this study point towards the need of developing and optimizing appropriate tools to reduce adverse outcomes in situations of transitioning epidemiology, either associated with successful control and elimination strategies or with malaria resurgences.