29 Jul Poor Fitness Second Only To Smoking As Mortality Risk 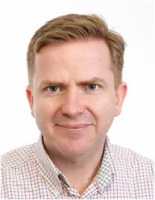 Response: Aerobic capacity has been shown in other studies with shorter duration to be of importance for mortality. In the 1963 a population based study including every third man living in Gothenburg started. These men have since been followed up repeatedly until 100 years. For the present analysis men were invited to do a bicycle exercise test in 1967 and were followed up to 99 years.

Response: The main finding in our study was that low aerobic capacity, as a measure of fitness, was associated with earlier death. The positive effect of fitness was evident throughout life.

Response: Fitness in middle age is of importance for mortality risk for several decades. Persons with low fitness are associated with an increased mortality risk throughout life.

Readers should be encouraged to stay fit. Fitness is dependent on both constitutional factors, respiratory function and lifestyle such as physical activity. In subjects with low aerobic capacity, even small increments of physical activity can have positive effects.

It should also be acknowledged that low aerobic capacity was second only to smoking as a risk factor for death and of more importance than cholesterol and high blood pressure.

Response: This study was conducted in white men. Later population cohorts by our group also include women. I encourage others to study other ethnicities, even though I think this should be true for all, regardless of sex or ethnicity.

Response: This was a long-term study; but nonetheless two of the authors, Prof. Emeritus L. Wilhelmsen and Prof. Emeritus G. Grimby, both participated in the examination of the men back in 1967.