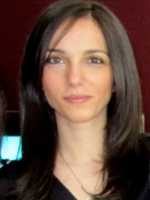 Response: Multiple births of twins and triplets – and the associated health risks – have increased in many high-income countries, with a respective two-fold and three-fold increase in recent decades.

In Canada, triplet births or higher have increased from 52.2 per 100 000 live births to 83.5 between 1991 and 2009, mainly because of an increase in fertility treatments for older women of child-bearing age. In this study we found that among twin and triplet pregnancies that were reduced to singleton or twin pregnancies, there was a substantial reduction in complications such as preterm birth and very preterm birth. Although rates of death and serious illness were not lower among all multifetal pregnancies that were reduced, pregnancies that resulted from fertility treatments did show a significant reduction in rates of death or serious illness following fetal reduction.

Response: Future studies should examine how the timing, reason and number of fetuses reduced in some pregnancies might influence perinatal outcomes.

Response: Physicians need to be sensitive when discussing the risks and benefits of fetal reduction with parents. Clinicians counseling women with multifetal pregnancy should be aware of the potential for substantial parental stress resulting from fetal reduction procedures, including negative feelings such as guilt, regret and grief.