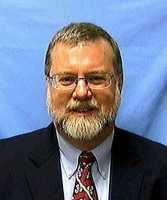 MedicalResearch.com: What is the background for this study? Would you tell us a little more about IPF?

Response: Boehringer Ingelheim’s Phase III PF-ILD (progressive fibrosing interstitial lung disease) trial will investigate the safety and efficacy of nintedanib, in a range of progressive fibrosing lung conditions other than idiopathic pulmonary fibrosis, or IPF. The PF-ILD trial is the first time that patients with different fibrosing lung diseases will be included in one single clinical trial assessing the efficacy of nintedanib as a potential treatment, and the trial is the first in the field of fibrosing lung diseases to group patients based on the clinical characteristics of their disease, rather than the diagnosis.

There are more than 200 conditions that affect the tissue and space around the air sacs of the lungs, or interstitium, and, collectively, these conditions are called interstitial lung diseases — or ILDs. Based on clinical observations, there is a group of patients with ILD who, independent from the classification of the ILD, exhibit progressive fibrosis. The proposed terminology for describing this group of patients is PF-ILD. In these patients, the disease appears to follow a course similar to IPF with worsening of respiratory symptoms, lung function, quality of life and ability to perform daily activities, as well as early mortality despite treatment.

There is currently no efficacious treatment available for PF-ILD. This trial is exploring how fibrosis in the lungs is treated and whether nintedanib is a potential treatment, based on the efficacy and safety of nintedanib in IPF, a rare and serious lung disease that causes permanent scarring of the lungs, making it difficult to breathe. IPF affects as many as 132,000 Americans, typically men over the age of 65. On average, people with IPF live only three to five years after diagnosis, and approximately 40,000 people die from this disease every year.

MedicalResearch.com: What is nintedanib? How does it work in IPF?

Response: Nintedanib, marketed as Ofev, is a U.S. FDA-approved prescription medication for the treatment of people with IPF. Ofev is one of the first FDA-approved drug treatments for IPF and the only kinase inhibitor approved to treat this disease. Ofev has been shown to slow disease progression as measured by patient’s annual rate of decline in lung function, by blocking key pathways that are involved in the scarring of the lung.

Building on the positive real-world clinical experience in IPF, the Phase III PF-ILD trial is now exploring whether nintedanib can effectively target the scarring in the lungs and disrupt the process to help patients suffering from progressive fibrosing ILDs.

MedicalResearch.com: What types of patients will be enrolled in the trial? Will all patients receive the drug? What is the endpoint?

Response: The PF-ILD trial will include a total of 600 patients around the world (about 60 trial sites are in the United States). The trial is enrolling patients who have lung fibrosis of at least 10 percent by chest imaging that are worsening as evidenced by respiratory symptoms, physiology or documented lung scarring on imaging (high-resolution computer tomography, HRCT), despite treatment. Detailed inclusion criteria can be found on ClinicalTrials.gov here.

This study is a double blind, randomized, placebo-controlled trial evaluating the efficacy and safety of nintedanib 150 mg twice daily over 52 weeks in patients with PF-ILD. The primary endpoint is the annual rate of decline in forced vital capacity, or FVC, a measure of disease progression. Other clinical evaluations include the absolute change from baseline in the King’s Brief Interstitial Lung Disease Questionnaire (K-BILD), which measures the health-related quality of life of patients with ILDs, time to first ILD exacerbation and overall survival.

MedicalResearch.com: How can providers refer patients to the study?

Response: Providers can encourage those who may be interested in the trial to visit this site to find out more information and see if they qualify to enroll: https://pfild.researchstudyinfo.com/

Response: Boehringer Ingelheim is continuously working to advance patient care for serious respiratory diseases and is dedicated to advancing the understanding of fibrosing lung diseases where no or limited treatments exist. Our innovative PF-ILD trial is an important step in exploring the way fibrosis of the lungs is treated and whether nintedanib could be an effective therapy. We look forward to continuing our commitment to the respiratory community and to providing greater insight into interstitial lung diseases.