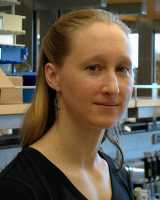 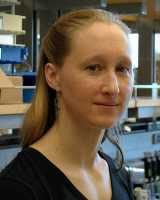 Response: It is known that the microbiome, the collection of bacteria that live in and on our bodies, influences the development of metabolic diseases including diabetes and obesity. The ways in which the microbiome affects host metabolism, however, are poorly understood. One reason for this lack of understanding is because the gastrointestinal tract contains hundreds of species of bacteria producing many different kinds of metabolites. Untangling the effects of these bacteria and the molecules they make is a significant challenge.

In this study, we decided to concentrate on a group of metabolites found in the human gut called bile acids. When we eat a meal, these compounds are released into the gastrointestinal tract where they act as detergents that aid in digestion. Once these molecules reach the lower gastrointestinal tract, the gut bacteria residing there chemically modify these compounds, producing a pool of over 50 different bile acids total.

Imbalances in this bile acid pool are thought to influence the progression of diet-induced obesity. However, it is unclear which specific bile acids are responsible for either beneficial or detrimental effects on host metabolism. We set out to address this question by first identifying a selective type of bacterial enzyme called a bile salt hydrolase, then by genetically deleting this enzyme from a common gut bacterium and investigating how this change affected host metabolism.

Response: We colonized mice lacking any bacteria with either the original strain of bacteria or the strain in which we had deleted the bile salt hydrolase enzyme. We found significant differences in metabolism in mice colonized with the hydrolase-deficient bacterium compared to the normal bacterium, including reduced weight gain on a high fat diet, reduced fats in blood and liver, and a shift toward using fats instead of carbohydrates for energy. We also found significant changes in genes controlling circadian rhythm and immune response, suggesting that alterations in bile acids caused broader changes in the host beyond those related to metabolism.

Response: Previous work has shown that the microbiome as a whole affects metabolism, but our paper provides a more reductive view. We showed that deleting a single gene in a particular strain of gut bacteria causes changes in metabolism and reduced weight gain in mice. This research suggests that limiting bile salt hydrolase activity may have beneficial effects in those people at risk for or suffering from metabolic diseases like obesity and fatty liver disease.

Disclosure: A. Sloan Devlin is an ad hoc consultant for Kintai Therapeutics.