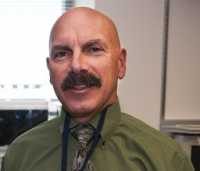 In previous genetic linkage and genome-wide association studies (GWAS) of vitiligo patients of European-derived white ancestry (EUR), we identified 27 vitiligo susceptibility loci. In the present study, we carried out a third GWAS of vitiligo in EUR subjects. The combined analysis, with almost 5,000 vitiligo cases and 40,000 non-vitiligo controls, identified a total 23 new confirmed vitiligo loci, as well as seven with suggestive significance.

Response: Most of the identified vitiligo susceptibility loci encode immune regulators, apoptotic regulators, and melanocyte regulators and antigens, highlighting a complex web of pathways that represent a general circuit from antigenic triggering, immune signal propagation and amplification, to target recognition and destruction by autoreactive T cells. Many of the immunoregulatory genes have also been identified in genetic studies of other autoimmune diseases, underscoring the basis for epidemiologic association of these related diseases. Most of the melanocyte antigens and regulators have also been identified in genetic studies of melanoma, but with opposite genetic effects, suggesting that vitiligo might represent a dysregulated mechanism of immune-surveillance for nascent melanomas. Fine-mapping suggests that most causal variants at the identified vitiligo loci are regulatory in nature. The findings of this study suggest a number of potential new drug targets for treatment or prevention of vitiligo and other autoimmune diseases.

Response: Future research will be aimed at identifying the specific causal variation at the identified vitiligo susceptibility genes, understanding the functional effects of these variants, devising approaches to using these and other variants to predict vitiligo risk, and developing personalized medicine approaches to target vitiligo treatment based on specific genetic risk.