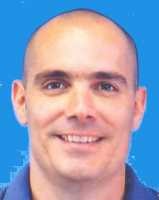 Dr. Sheiner: The reported rates of gestational diabetes mellitus (GDM) are constantly escalating and little is known about the long term complications in the offspring. Evidence from the field of epigenetics strongly advocated the need for research on the neuropsychiatric impact of being exposed prenatally to GDM. In our study, in utero exposure to  gestational diabetes mellitus was found to be an independent risk factor for long term neuropsychiatric morbidity of the offspring.

Dr. Sheiner: Pregnancy may be a window into the future health of the offspring. In gestational diabetes it has become common practice to think of the long term outcome of the mother, and now it is time to start thinking about the long term outcome of her fetus as well. This is a preliminary study and it is still early to understand what the clinical implications will be. With this said, we believe that in a world where the rates of  gestational diabetes mellitus are constantly rising, it is important to continue researching the long term impact of such exposure.

Dr. Sheiner: Since our study was conducted at a tertiary medical center which provides health care services to the entire population of southern Israel, this population based cohort included nearly a quarter of a million deliveries, of which 12,642 were of children exposed to  gestational diabetes mellitus.