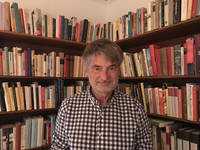 Response: I have been doing research on atrial fibrillation and stroke risk for many years and knew that the very common heart arrhythmia is associated with a 40% increased risk of dementia. Considering that that 12-15% of 75 years olds have this arrhythmia, and even more at higher ages, the problem is significant to say the least.

The mechanism behind stroke in atrial fibrillation is that blood clots are formed in the heart. When these are dislodged they travel with the blood stream and may get stuck in the narrow vessels of the brain where they stop blood flow causing brain infarction or stroke. Oral anticoagulant drugs like warfarin or the newer so called NOAC (new oral anticoagulant) drugs are highly efficient in preventing formation of these large blood clots and offer at least 70% risk reduction. Now, blood clots come in different sizes. There are also microscopic clots that do not cause symptoms of stroke but all the same eat away at the brain at a slow but steady pace. Imaging studies shows this after only a few months or even weeks of atrial fibrillation. Our hypothesis was therefore: If anticoagulants are so effective in protecting against large clots, will they not help against the small ones too?

MedicalResearch.com: Were you surprised by the results or was it expected?

Response: No, I was not surprised, it rather confirmed our hypothesis. Since we know for a fact that atrial fibrillation causes dementia, it was good news if at least some dementia can be averted by treatment. One word of caution however: this was not a randomized study. Observational studies like ours can never claim to prove causal relationships. However we feel that we are unusually firm ground with these results. They are strong.

MedicalResearch.com: What do you think this means for dementia treatments/prevention?

Response: First, it may be necessary to start anticoagulant treatment earlier than we generally do. The stroke risk in young and otherwise healthy patients with atrial fibrillation is so low that recommendations often result in postponement of treatment until patients are in their 70s. We don´t know yet which is the right time to start treatment to prevent dementia. It may be much earlier than now. More research is needed. An even more important consequence has to do with endurance on anticoagulant treatment.

We´ve now pretty good at initiating anticoagulant treatment for stroke prevention when patients present with atrial fibrillation for the first time, but people drop out of treatment over time. Approximately 15% drop out in the first year, and approximately 10% each following year. Better awareness of what is at stake would probably lead to fewer patients dropping out of treatment. It is important that doctors make their patients understand what is at state and how the drugs work. This will increase the likelihood patients stay on treatment.

MedicalResearch.com: How did you go about conducting the research? What was the process?

Response: We used cross-matched national Swedish Health Registers that list all patients in the country, and all prescription drugs that they´ve collected in pharmacies all over the country. Almost no patients lost to follow up. A fantastic source of information for these types of studies.

MedicalResearch.com: What makes this anticoagulant different to the others in its effect on dementia?

Response: We compared the old standard treatment with warfarin to the newer NOAC drugs but we found no difference. They appear to be equally beneficial. It is not so much a question about which drug that is a tiny bit better than the other as long as you take something.

Response: The next step will be to assess when treatment should start. Are there patients with such low risk that they can safely wait until they get older?

A randomized placebo controlled trial would normally be the way to go in order to prove the effect, but this cannot be done for ethical reasons. It would be deeply unethical to give patients at risk of stroke an inefficient placebo pill in order to see if they developed dementia after a few years. When such studies can´t be done, retrospective studies like this is the way you have to go if you are going to do anything at all. They importance of the question – with ageing populations all over – makes in impossible to neglect the question. I definitely think our study is important in this context, and that it also brings some hope

I would very much like to see research teams in other parts of the world reproduce our study. Confirmatory evidence from other populations would increase the strength of our findings. It is also possible that NOAC drugs may be better than the old warfarin in countries with less well managed warfarin treatment that we have in Sweden.