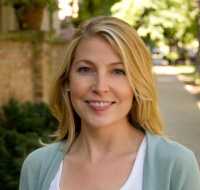 This study examines how state expansions in Medicaid coverage for low-income parents before the Affordable Care Act affected the health insurance status of mothers prior to additional pregnancies (i.e. their pre-pregnancy health insurance status). I also examine whether there are changes in pregnancy intention (i.e. whether the pregnancy was mistimed or unwanted), as better access to pre-pregnancy insurance coverage could increase contraception utilization and improve the planning of pregnancies.

Finally, I examine whether there were changes in insurance coverage during pregnancy and in the utilization of prenatal care, since women who have pre-pregnancy insurance coverage may experience fewer barriers to establishing care during their pregnancies.

Response: I found that state Medicaid expansions for low-income parents led to increased pre-pregnancy health insurance coverage, as well as increased health insurance coverage during pregnancy, for mothers who became pregnant. I also found that pregnant mothers were more likely to initiate prenatal care as early as they wanted to during their pregnancies as a result of the state Medicaid expansions. Finally, among pregnant mothers with low education levels, or those who are likely the most disadvantaged, I found an increase in the adequacy of prenatal care use during pregnancy, as measured based on the timing of prenatal care initiation and total number of prenatal visits.

These findings are important because they indicate that state expansions in Medicaid coverage for parents led to higher rates of health insurance coverage for mothers prior to and during additional pregnancies, as well as to improved prenatal care use during pregnancy. These changes may have important consequences for the health of their pregnancies and their infants. For instance, health insurance coverage for mothers prior to an additional pregnancy provides an opportunity to address maternal risk factors associated with high-risk pregnancies, as well as to promote healthy behaviors that may lead to healthier pregnancies and babies.  In addition, earlier initiation and improved adequacy of prenatal care use among pregnant mothers can help identify and manage risks during pregnancy, also leading to healthier pregnancies and improved infant health.

Response: By increasing pre-pregnancy health insurance coverage, expanded Medicaid coverage for low-income adults has the potential to affect a woman’s preconception health and the health of her future offspring. In addition, expanded Medicaid coverage increases the timely use of and adequacy of prenatal care during a pregnancy, which may also have important effects on pregnancy management and fetal health. These benefits should be considered by states deciding whether to expand Medicaid coverage to low-income adults under federal healthcare reform, as well as by policymakers facing any new decisions regarding existing state expansions.

Response: Future research should examine whether these changes in pre-pregnancy insurance coverage improve maternal health and behaviors prior to and during pregnancy, as well as whether these changes translate into healthier pregnancies and improved infant health. In addition, evaluation of more recent state expansions in Medicaid under the Affordable Care Act and how they affect preconception health and health care, and whether they lead to improvements in maternal and infant health, will be critical going forward