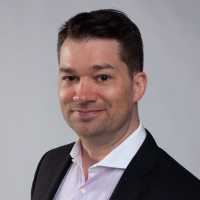 Response: A watershed moment for the fight against HIV was the antiretroviral treatment (ART) scale-up that made HIV treatments available around the world. While HIV activism led to its initiation, two key ingredients to the ART scale-up were the advent of a once-daily single-pill HIV treatment and the creation of the World Health Organization (WHO) clinical guidelines for treatment and prevention of HIV. The HIV treatment in question combines three drugs in a single pill and centers around a drug called efavirenz.

The WHO guidelines use a public health framework, which is to say that it uses a treatment algorithm that is both equitable and simple enough to allow some task-shifting to less specialized workers. As such, the guidelines suggest a single preferred treatment for people initiating HIV treatment. While resource rich countries can use a personalized medicine approach, many settings where HIV is endemic cannot.

In 2015, our review found strong evidence that a newer HIV drug, called dolutegravir, was better than efavirenz in respect to efficacy, tolerability and safety; however, there was not enough evidence to support its use in key populations, such as people with HIV-tuberculosis co-infections and pregnant women. For this and other reasons, the WHO could not recommend its use as the preferred treatment at initiation.

Since then, we have continued to dynamically assess the evidence to determine the best treatment to have as the preferred ART for first-time HIV treatment. This is the culmination of 6 years of work and its findings have helped the WHO change its recommended preferred first-line therapy from an efavirenz-based ART to a dolutegravir-based ART.

MedicalResearch.com: What are the main findings? What should readers take away from your report?

Response: Our study shows that dolutegravir is superior to efavirenz over a broad set of clinical outcomes including: reducing the viral load in a person’s blood to the point where it can no longer be detected, increasing the white blood cells that are affected by the virus, reducing the risk of developing drug-resistant strains of HIV, and decreasing the number of people who discontinue drug use. UNAIDS had the ambitious 90-90-90 treatment target for 2020, whereby 90% of people infected are diagnosed, 90% of those diagnosed are on treatment and 90% of those on treatment are virally undetectable. Our results suggest that dolutegravir leads to a 5% increase in the proportion of individuals that are virally suppressed, which is an important step towards this goal.

Two concerns regarding dolutegravir use recently arose and these help explain why it has taken longer than expected for dolutegravir to arrive as the preferred first-line therapy.

The first pertains to the potentially elevated risk of neural tube defects in pregnancies with women exposed to dolutegravir over the first month of pregnancy. That concern was borne of a study finding four such occurrences in just over 400 pregnancies in Botswana. The result suggested a 10-fold increase in this class of congenital malformations and sent shockwaves in the HIV treatment community. Although the concern was serious, it was also based on a small number of events. An important take-away from our study is that the current evidence no longer suggests a meaningful increase in risk of neural tube defects in pregnancies exposed to dolutegravir.

Response: The second concern that has emerged concerns weight gain. The evidence is unclear as to how much of a concern this is and, as such, more efforts are needed to obtain a better understanding of weight gain in people taking dolutegravir and other ART regimens. HIV can be considered a chronic disease and requires life-long drug use. Current evidence of weight gain is restricted to studies of limited duration and to a few clinical trials. In terms of future changes to guidelines, there is much progress being made for treatments that are taken monthly rather than daily and we expect that this will play an important role in the future

Response: Our study is a network meta-analysis that takes into consideration a wide breadth of HIV treatment options. Though our discussion has focused a few drugs, our research did consider many treatment options. More importantly, we are grateful and thankful to the many researchers and participants who conducted the underlying studies that made this research possible.