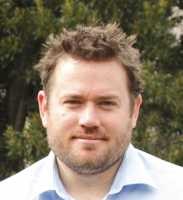 Dr. Petrie: Life expectancy estimates are averages based on the current mortality seen in whole population with type 1 diabetes so some individuals will live longer and shorter than this and this is likely to be influenced by their age at diagnosis, risk factor and comorbidities profiles. There is still some way to go in terms of improvement in care for those with type 1 diabetes in order to close the gap with the general population. A significant proportion have elevated HbA1c levels and a recent paper based on the Swedish NDR highlighted the stark differences in mortality for those with well-controlled vs poorly controlled HbA1c. In addition, with 10% of men and 13% of women with T1D still current smokers in 2011, additional smoking cessation programmes could generate further improvements. While there have been large increases in the use of lipid-lowering medication, further expansion could generate additional gains given this population’s high underlying cardiovascular disease risk.

Dr. Petrie: Future research needs to quantify these likely benefits which may improve the life expectancy of those with type 1 diabetes against the costs of policies which might achieve them. In addition, further research might also usefully provide individual specific life expectancy estimates based on an individual’s characteristics in terms of their age at diagnosis, and risk factor and comorbidity profiles. This would provide useful information for an individual and allow them to better grasp the likely benefits of improving their overall risk.