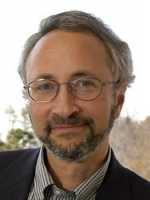 Response: Babies with older siblings with autism are at an increased risk (20%) of getting autism over the general population (1%).  Infants who later are diagnosed with autism don’t have any of the stigmata of autism in the first year of life. The symptoms of autism unfold in the first and particularly in the second year of life and beyond.

We have evidence to support the idea that behavioral symptoms of autism arise from changes in the brain that occur very early in life. So we have employed MRI and computer analyses to study those early brain changes and abnormalities in infancy to see if early brain changes at 6 months of age can predict whether babies at high-risk of developing autism will indeed develop the condition at age two.

For this particular study, we used data from MRIs of six-month olds to show the pattern of synchronization or connection across brain regions throughout the brain and then predict which babies at high familial risk of developing autism would be most likely to be diagnosed with the condition at age two.

Response: We conducted this study in babies already at high risk of developing autism – a one in five chance – because they have older siblings with autism. (The rate of autism in the general public is one in 68)

Being able to detect which infants will later get autism, before the symptoms appear has great promise in that pre-symptomatic treatment may be more effective than treatment after diagnosis.  Detection in infancy has the advantage of identifying children at a time when the brain has not undergone characteristic changes of autism and during a time when the brain is most malleable.

Response: No one has done this kind of study in six-month olds before, and so it needs to be replicated. We hope to conduct a larger study with different study participants.

This marks the fourth autism imaging study our research consortium produced this year. Along with a Nature paper in February, UNC researchers and collaborators published two recent studies in Biological Psychiatry linking increased cerebrospinal fluid surrounding to autism diagnoses and showing aberrant development of efficient brain connections over time in infants who later develop autism. In February, our research consortium published a paper in Cerebral Cortex about the brain network functional connections involved in social behavior deficits in children with autism.

We think the most exciting work is yet to come, when instead of using one piece of information to make these predictions, we use all the information together. We think that will be the future of using biological diagnostics for autism during infancy.

Response: These studies could not have been completed without a major commitment from hundreds of families, many of whom flew to various sites across the country to be part of these research projects to further our knowledge. We greatly appreciate the commitment of these families.

Functional neuroimaging of high-risk 6-month-old infants predicts a diagnosis of autism at 24 months of age.