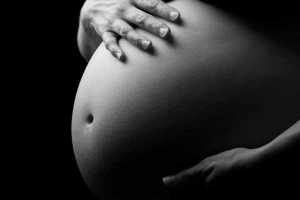 The main findings were that infants exposed to ADHD medication in utero had a somewhat increased risk of neonatal morbidity, especially CNS-related disorders. The odds ratio (OR) for a CNS-disorder was 1.9 for exposed infants compared to non-exposed infants. Further, exposed infants more often needed treatment at a neonatal intensive care unit (NICU), OR 1.5, and were more frequently moderately preterm, OR 1.3. The risk for CNS-related disorders and admission to a NICU was increased also compared to infants whose mothers used ADHD before or after, but not during, pregnancy. This finding suggests a causal relationship between treatment with ADHD medication and the neonatal outcomes. Because of large differences in maternal background characteristics between treated and non-treated women, it is however uncertain to what extent the higher neonatal morbidity is caused by the ADHD medication.

Response: An even larger sample with infants exposed to ADHD medication would yield clearer answers. There were only 16 exposed infants in our study diagnosed with CNS-related disorders. Thus, we cannot rule out that the increased risk of CNS-symptoms was a random finding. Further, it would be interesting to find out whether there is a difference between the centrally stimulating drugs like methylphenidate and amphetamine and the non-stimulant atomoxetine.

Response: We were a bit astonished that there were such large differences in background characteristics between women who used ADHD medication and not. Treated women were younger, more often singles, smokers, and frequently used other drugs like antidepressants and psychotropics concomitantly. Altogether, this implies that women who use ADHD medication are a vulnerable group with several risk factors for negative fetal impact.