30 May Brain Cleaning Cells Have Important Role in Epilepsy 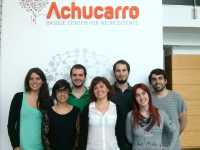 Dr. Sierra: Microglia phagocytosis of apoptotic cells is at the core of the brain regenerative response to recover the homeostasis of the brain parenchyma after damage because it prevents the spillover of toxic intracellular contents and is actively anti-inflammatory. However, while neuronal death is widespread in neurodegenerative diseases (Alzheimer´s, Parkinson´s, multiple sclerosis) and well as in ischemic and traumatic brain injuries, we have a complete lack of knowledge of the efficiency of microglial phagocytosis in the diseased brain.

In this paper we have discovered that microglia have a generalized response to apoptotic challenges: when confronted to a rise in the number of newborn cells, microglia display a combination of different strategies to boost their phagocytic output: increase the phagocytic capacity of each cell, recruit more cells to become phagocytic, or increase the total number of microglia (Abiega et al., PLoS Biol 2015). Thus, microglia have a very large potential for phagocytosis that could be summoned when needed.

To our surprise, however, in pathological conditions such as epilepsy (mouse and human), microglial phagocytosis was blocked. We have made use of the adult neurogenic cascade, where newborn cells undergo apoptosis naturally and are engulfed by “unchallenged microglia” (Sierra et al. Cell Stem Cell 2010), to establish the baseline of microglial phagocytosis efficiency. Whereas in physiological conditions microglia phagocytose over 90% of the apoptotic cells and remove them in under 1.5h, soon after the seizures it only engulfed 10% of the apoptotic cells and took up to 6h to digest them. This is the first quantification of microglial phagocytosis efficiency in the diseased mouse and human brain..

The block in phagocytosis was a rather complex phenomenon related to an impaired recognition (reduction of phagocytosis receptors) as well as impaired motility and targeting (reduced basal motility). We have also shown that the impairment is mediated at least partially by altered ATP microgradients: ATP is not only a neuro- and gliotransmitter widely released during seizures but is also a well-known “find-me” signal released by apoptotic cells. Thus, during seizures microglia became “blinded” by the neuronal hyperactivity and could not find the apoptotic cells.

In addition, we have shown that impairing phagocytosis releases the break on the inflammatory response. In fact, the impaired microglia were in a pro-inflammatory state and produced more cytokines such as tumor necrosis factor alfa (TNFa) or interleukin-1beta (IL-1b), which are well known neurotoxic and epileptogenic factors.

Dr. Sierra: Epilepsy is the fourth neurological disorder and affects 65 million people worldwide. Importantly, current treatments are merely palliative and do not cure the disease but only control seizures. Furthermore, a large percentage of patients is pharmacorresistant and many undergo surgery to remove the seizure focus (such as the hippocampus). While epilepsy is typically considered a “neuronal disease” our research shows that microglial basal functions are impaired: they are sick and need to be healed too. Thus, sick microglia must be healed. We hope our paper will push the field to a reappraisal of the role of microglia in the diseased brain and will turn around the current neurocentric approach to therapy. We believe our findings will help to develop novel therapeutical approaches based on harnessing microglial phagocytosis to accelerate tissue homeostasis and control inflammation for epilepsy patients.

Dr. Sierra: I would like to stress the collaborative effort of my 3 PhD students, Oihane Abiega, Sol Beccari and Irune Diaz.