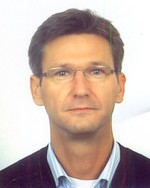 More on Gastroenterology on MedicalResearch.com

Prof. Boeckxstaens: Patients with IBS have increased abdominal pain for which no efficient therapy is available, mainly as the underlying cause is unclear. In our study, we checked the hypothesis that pain receptors (in particular TRPV1) in the gut wall of IBS patients are more sensitive (sensitized) than those of control subjects. Based on previous work, we focused on histamine, mainly as we had indications that mast cells releasing histamine may be involved in IBS. Interestingly, we noticed that neurons in rectal biopsies were indeed more sensitive to capsaicin, a substance of which we know it selectively acts on the pain receptors of interest. We could demonstrate that histamine sensitizes TRPV1 via interaction with its histamine 1 receptor (H1R). We next showed that treatment with a H1R blocker was able to prevent TRPV1 sensitization. Based on this observation, we decided to start a pilot study evaluating the effect of a H1R blocker, ebastine, in patients suffering from IBS. This study showed that 12 weeks treatment with ebastine indeed improved abdominal symptoms, in particular pain.

Prof. Boeckxstaens: That abdominal pain in irritable bowel syndrome results from abnormal pain perception in the gut wall and can be treated by drugs interacting with this mechanism. It also shows that there is indeed a peripheral cause for the abdominal pain, and not solely results from psychological co-morbidity.

Prof. Boeckxstaens: The sample size of the clinical study was small and thus requires confirmation. Hence, we are currently performing a multi-center study aiming to include 200 patients.

Prof. Boeckxstaens: Although our work shows that ebastine is effective, it should be emphasized that more objective evidence should be collected before introducing H1R blockade as treatment of irritable bowel syndrome. So met us first await the outcome of our ongoing study. Nevertheless, our findings may hopefully lead to better management of these often difcult to treat and mostly misunderstood patients.

More on Gastroenterology on MedicalResearch.com