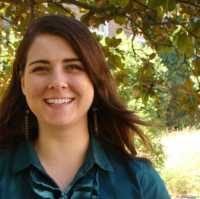 Response: Many people don’t fill prescriptions because they can’t afford them, which is risky for their health. The problem of cost-related nonadherence to prescriptions (CRN) was increasing in prevalence over time until several major policy changes in the 2000s that were intended to help prescription affordability and/or access to health insurance. We observed that each of these major policy changes corresponded with a decrease in CRN among the policy’s target population.

For seniors, CRN dropped in 2006, when Medicare Part D came into effect. For younger adults (19-25), CRN dropped in 2010, when the Affordable Care Act began allowing them to stay on their parents’ insurance. Cost-related nonadherence rates also dropped for all non-elderly adults (including the younger ones) in 2014 and 2015, when the Medicaid expansion and the introduction of the health insurance marketplaces offered coverage to many previously-uninsured adults.

MedicalResearch.com: What should readers take away from your report?
Response: Policy changes seem to be able to help people afford their medications.

Response: This study used a national sample, which meant we couldn’t compare these rates to what would have happened if these policy changes hadn’t happened. It would be interesting to find counterfactuals in future research: like seeing how  Cost-related nonadherence rates changed post-reform in states that expanded Medicaid vs. those that did not.

Response: We still have a long way to go – there are still millions of Americans post-reform reporting that they aren’t filling their prescriptions because they can’t afford it. Although ensuring that people have health insurance would help greatly, I think providers and patients should also talk to each other about whether the cost of medication is going to be barrier to treatment adherence.