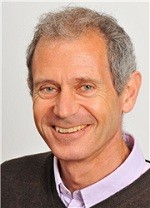 Prof. Dyson: The spread of insect-vectored viruses such as Dengue and, more recently, Zika, underline the urgent necessity to develop new technologies to control insect disease vectors that, due to human activity, are spreading globally. The concept of using RNAi in insects is not new and is widely used as a research tool in the model organism Drosophila melanogaster. However, adapting RNAi for use in non-model insects has been slow, almost entirely due to the problem of delivering interfering RNA to the insect. Manual injection is a less than optimal means of delivery for larger insects, while including interfering RNA in a food source can be effective in smaller insects in the laboratory. But neither delivery system is suited for field applications of RNAi as a biocide. Faced with this challenge, we (myself and Dr Miranda Whitten) conceived the concept of symbiont-mediated RNAi and have advanced it with support from the UK BBSRC and the Gates Foundation, establishing it as a viable mechanism of delivery of RNAi in

(a) a tropical disease vector, Rhodnius prolixus, a vector of Chagas disease, exemplified by targeting insect fertility, and

Critical to the technology is to ensure the stability of RNA synthesis by these bacteria. The interfering RNA is then released by the bacteria, absorbed and systemically circulated within the host, thereby causing knock-down of gene expression in specific tissues. We have exploited this technology to severely impair fertility of Rhodnius prolixus, and to cause mortality of developing larvae of Western Flower Thrips. As a biocide, the technology offers exquisite specificity due to the co-evolution and co-dependencies of the symbiont and its insect host, combined with the sequence-specificity of the RNAi. Moreover, development of resistance is highly improbable.

Prof. Dyson: The technology offers a new method for control of insect vectors of disease, avoiding use of chemical pesticides that kill beneficial species and can accumulate in the food chain. Targeting specific insect vectors has the potential to reduce the burden of disease.

Prof. Dyson: The technology can be translated to combat many different insect vectors of disease, including Aedes mosquitoes that vector Zika and Dengue viruses.

Prof. Dyson: In the case of tackling the Zika virus, the World Health Organisation is calling for all avenues to be explored, including research using gene technology. Symbiont-mediated RNAi for vector control is one such avenue.