03 May Some Antibiotics Linked To Increased Risk of Miscarriage 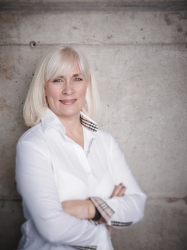 MedicalResearch.com: The Danish study you cite reported a connection between antibiotics and miscarriage – why was further research of this topic necessary?

Response: Given that a single study will assess an association, repetition of findings are essential in order to assess causality. For example, we were able to conclude that smoking was causing lung cancer after 10 years of observational research on the topic showing concordant associations.

In addition, antibiotic prescription patterns vary from country to country, hence the importance of studying the research question in various patient populations.

Finally, our cohort has validated exposure status, gestational age (first day of pregnancy) and miscarriage cases – our study was also able to look at types of antibiotics.

Response: Our study looked at antibiotics exposure during early pregnancy ONLY. We did not quantify the number of weeks on the medication (dose-response) but we need to know that antibiotics are usually prescribed for 5-10 days – so our study looked at 5-10 days use during early pregnancy. We have studied the risk of clinically detected miscarriages, which has a baseline risk of approximately 6-7%. Hence a 60% increased risk would mean going from a 6-7% baseline risk (with no antibiotics exposure) to 9-10% (among those using antibiotics). The risk remains small.

MedicalResearch.com: Could the infection itself be causing the increased risk of miscarriage and not the antibiotics?

Response: A medication is never prescribed in isolation – it is prescribed to treat a condition. We have looked at the effect of infections on the association between antibiotics and miscarriage in multiple ways:

1) we adjusted (taken into consideration) the presence and type of infection in our multivariate model;

2) we have restricted our study population to ‘Users of antibiotics’ (so only those with infections), and compared antibiotic types using penicillin or cephalosporin as the reference category; and

3) we have further restricted our study population to women with urinary tract infections (the most prevalent infection during pregnancy), and compared antibiotic types. Although our sample size decreased as restrictions were applied, we saw that our estimates of risk (OR) were constant, increasing validity.

With all of this however, given the nature of the study design, we still cannot completely rule out the fact that infection could explain part of our findings. It is reassuring that our findings are concordant with other studies and with the current guidelines, which state that quinolone and tetracycline should not be used during pregnancy.

MedicalResearch.com: Some antibiotics were not associated with an increased risk – do you have a theory about this?

Response: The majority of antibiotics have different mechanism of action. However, animal studies show that some of them might have an impact on DNA or inflammation, which could explain in part the miscarriage for these drugs.

MedicalResearch.com: Is there anything else you want to say about your research?

Response: We found that Penicillin, Cephalosporin, erythromycin – the most frequently used antibiotics – are NOT associated with an increased risk of miscarriage. We also found that nitrofurantoin, mostly used to treat urinary tract infections, are actually decreasing the risk of miscarriage – this needs to be replicated given that we are the first team to show that. With the exception of nitrofurantoin, our findings confirm results from previous studies. In addition, we found that quinolone and tetracycline are associated with an increased risk of miscarriage, which is concordant with guidelines that say that they should not be used during pregnancy.

The take home message is that infections NEED to be treated during pregnancy. Women should seek medical counsel to identify the best treatment option. It is reassuring to see that first line treatments and antibiotics that are the most used in the population (penicillin, cephalosporin) were not associated with an increased risk of miscarriage.