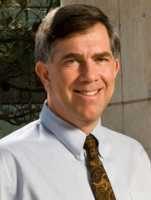 Response: This study is the latest in a series that began in 2010 when we published that the combination of severe pancreatitis and ablation of preexisting pancreatic beta-cells led to the formation of new beta-cells by direct conversion of alpha-cells, which are the neighboring cells in the islets of Langerhans producing glucagon, which like insulin is also involved in glucose homeostasis.

Understanding the mechanism by which new beta-cells are formed from alpha-cells is required for eventual clinical translation. The current study describes that mechanism, which involves the activation of an atypical G protein coupled receptor called Protease Activated Receptor 2 (PAR2). Unlike most other GPCRs, it is activated by extracellular proteases such as are found in the exocrine pancreas or following tissue damage. PAR2 activation by an injectable peptide agonist was both necessary and sufficient to induce beta-cell neogenesis when preexisting beta-cells are absent, as occurs in type I diabetes.

Response: This study represents an important part of the bipartite strategy that will be required to develop a definitive treatment for type I diabetes. When coupled with an approach to preventing recurrent autoimmunity, the ability that we demonstrated to pharmacologically stimulate the formation of new beta-cells could lead to the recovery of normal glucose homeostasis in patients with type I diabetes.

Response: There is still much to be learned about the precise molecular mechanisms involved in the transdifferentiation process. In addition, our study showed that PAR2 appears to play a general role in tissue regeneration and response to injury. We showed this in the liver and in the limb, so it will be of great interest to study other organs as well. Finally, there are some very applied studies that need to be done prior to moving into clinical trials, such as optimizing the dosing regimen for the compound that is used to activate PAR2 and studying combinations with regimens that deal with the immune aspect of type I diabetes.

Response: The ability to stimulate the formation of new beta-cells by a purely pharmacological approach is an important advance towards a treatment for type I diabetes and possibly other diseases in which PAR2 plays a role in tissue regeneration.