10 Sep Study Evaluates Pediatric Outcomes of Antidepressant Use During Pregnancy 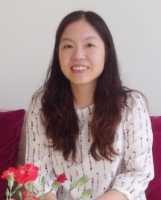 Response: Previous research on the long-term neurodevelopmental outcomes of serotonin-reuptake inhibitor (SSRI) use during pregnancy has primarily focused on offspring risk of autism spectrum disorder. Given SSRIs cross the placental barrier and affect the fetal brain, in-utero SSRI exposure may increase risks of other psychiatric disorders as well as autism spectrum disorder.

In our study, we found a difference in risk of offspring psychiatric disorders between women who stopped medication before pregnancy versus women who continued. More specifically, we found that children exposed to antidepressants in-utero were at higher risk of being diagnosed with a psychiatric disorder later in life compared to children whose mothers discontinued treatment while pregnant. However, the differences in risks were moderate, and it was observed only after investigating 17,560 women with antidepressant use during pregnancy.

Based on the available data, we cannot rule out that there is a small effect of antidepressant on the fetal brain. This is a challenge to our study as well as all other similar studies aiming to explore specific effects of antidepressants versus effects of the underlying maternal illness. Antidepressants pass the placenta, and animal studies have confirmed an effect on the developing brain. Considering the health of the child, clinicians and patients should always consider the possibility of tapering off antidepressants if a woman is pregnant or planning a pregnancy. However, considering the health of the mother, tapering is not recommended if previous attempts to taper off antidepressants led to relapse or if the woman has severe illness, etc. It is therefore important to acknowledge that a group of women will need this medication to keep them stable, as untreated depression can have a series of negative short- and long-term outcomes for both the woman as well as her child and family.

Response: Our study adds to the literature that we should not only investigate risk on autism spectrum disorder (this is what previous studies did) but investigate psychiatric diseases in children more broadly if there are concerns about the health of children exposed to medication in utero. For this reason, it is important to involve data with possibilities of long follow up periods. Personalized decision-making tools and treatment algorithms to identify subgroups of women who can be tapered off antidepressants safely are urgently needed.

Response: The study is supported by iPSYCH, the Lundbeck Foundation Initiative for Integrative Psychiatric Research (R155-2014-1724) (http://ipsych.au.dk) and the National Institute of Mental Health (NIMH) (R01MH104468).