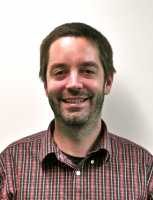 Parallel human candidate genetic association studies identified an association between multiple genetic variants in CSNK1E with heroin addiction in multiple populations. Drug addiction is a multi-stage process that begins with the initial acute subjective and physiological responses that can progress to chronic administration, tolerance, and withdrawal. The recovery process begins with abstinence from drug taking but can quickly be derailed by relapse to drug taking behavior. Preclinical pharmacological studies also support a role for CSNK1E in reinstatement of opioid self-administration and relapse to alcohol drinking.

Response: With regard to the opioid findings, in order to test our hypothesis in humans, healthy individuals with limited exposure to opioids could be tested for their subjective sensitivity to the pleasurable/euphoric effects of opioids in a controlled laboratory setting.

With regard to the female-specific increase in binge eating in mice with a Csnk1e mutation, an important limitation of this study is that we did not monitor the stage of the estrus cycle. Thus, future preclinical investigations should incorporate phase of estrus cycle into the experimental and statistical model which will address whether circulating sex hormones are a contributing factor to the genotype by sex interaction that we observed. Similarly, human genetic association studies of binge eating in humans should consider stage of menstrual cycle in assessing the history of binge eating episodes  – this could improve the ability to detect genome-wide associations.