MedicalResearch.com Interview with: Neha Agrawal PhD Department of Physiology Development and Neuroscience University of Cambridge MedicalResearch.com: What is the background for this study? Response: Obesity levels are rising rapidly around the world and are a major risk factor for diseases such as Type 2 diabetes, cancers and recently, COVID-19. New strategies to understand obesity are thus needed to prevent and treat obesity and associated disease. Genetic studies in humans have shown that 40-70% of variation in body weight depends on our genes. Therefore, identifying genes linked to obesity and understanding their function can be a useful way to both understand how we gain weight and identify potential targets for weight loss therapy. However, human genetic obesity studies face significant limitations in identifying causal obesity genes and understanding their relationship to weight gain in human patients. The model system Drosophila melanogaster (Fruit flies) has provided vital insights into fundamental biology and human diseases for over a century. It is a powerful genetic model with well conserved metabolic pathways. Fruit flies also gain weight when fed a high-sugar or high-fat diet and develop heart disease and diabetes. We therefore decided to use fruit flies to identify novel obesity genes and their site of action in the body. END_OF_DOCUMENT_TOKEN_TO_BE_REPLACED
Continue Reading
Author Interviews, COVID -19 Coronavirus, Critical Care - Intensive Care - ICUs, Pulmonary Disease / 15.01.2021

MedicalResearch.com Interview with: Dr Andrew Conway Morris Wellcome Trust Clinical Research Career Development Fellow University of Cambridge Hon Consultant in Intensive Care Medicine Addenbrookes Hospital, Cambridge MedicalResearch.com: What is the background for this study? Response: Patients with COVID-19 frequently need to come to the intensive care unit (ICU), where we use mechanical ventilation to support their lungs as they get over the intense inflammation caused by the virus.  During the first wave of the virus we noted that a lot of our patients appeared to be developing secondary infections (infections they didn’t have when they came into the ICU). We therefore rolled out a rapid diagnostic test for these secondary bacterial infections that we had developed previously, and this study reports the use of this diagnostic and also describes the types of bacteria seen.  To see if the increase in secondary infections was due to COVID specifically, we compared them to patients who were managed in the same ICU but who did not have COVID. END_OF_DOCUMENT_TOKEN_TO_BE_REPLACED
Continue Reading
Author Interviews, Diabetes, Genetic Research, JAMA, Mental Health Research, Schizophrenia / 03.04.2019

MedicalResearch.com Interview with: Prof Sabine Bahn MD PhD MRCPsych FRSB Cambridge Centre for Neuropsychiatric Research Jakub Tomasik, PhD Department of Chemical Engineering and Biotechnology University of Cambridge   MedicalResearch.com: What is the background for this study? What are the main findings?  Response: Schizophrenia patients are at increased risk of impaired glucose metabolism, yet the comorbidity between the two conditions cannot be fully explained by known risk factors such as obesity, smoking, stress or antipsychotic medication. Previous family and genome-wide studies have suggested that the co-occurrence between schizophrenia and impaired glucose metabolism might be due to shared genetic factors, as exemplified by increased risk of diabetes in first-degree relatives of schizophrenia patients, but the biological mechanisms underlying this association remain unknown. We examined the association between insulin resistance, schizophrenia polygenic risk and response to treatment in 58 drug-naive schizophrenia patients and 58 matched healthy individuals while controlling for a range of demographic (age, gender, body mass index), lifestyle (smoking, alcohol and cannabis use) and clinical (psychopathology scores, treatment drug) factors. We found that insulin resistance, a key feature contributing to the development of type 2 diabetes, significantly correlated with schizophrenia polygenic risk score in patients, with higher genetic risk of schizophrenia associated with increased insulin resistance. Furthermore, we found that patients with higher insulin resistance were more likely to switch medication during the first year of treatment, which implies lower clinical response.  END_OF_DOCUMENT_TOKEN_TO_BE_REPLACED
Continue Reading
Author Interviews, Genetic Research, Heart Disease, Lipids, NEJM, Statins / 13.03.2019

Healthcare Employees Can Work in a ‘Culture of Fear’, Where Speaking Up is Discouraged 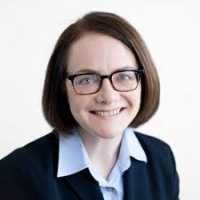 MedicalResearch.com Interview with: Professor Mary Dixon-Woods Director, The Healthcare Improvement Studies Institute (THIS Institute) University of Cambridge  MedicalResearch.com: What is the background for this study? What are the main findings? Response: The challenges around employee voice are well documented. For various reasons, employees in all industries are often reluctant to raise concerns when they witness disruptive or unsafe behaviour from their colleagues. But it’s crucial that they speak up – especially in healthcare. Patient safety may depend on it. Our study focused on a large academic medical centre in the US that wanted to improve employee voice. Despite having reporting mechanisms in place, the organisation still had issues with disruptive behaviour from group of powerful senior individuals that went unchallenged and contributed to a culture of fear. Through confidential interviews with 67 frontline staff and leaders and the organizational actions that followed, we learned it’s important for employees to feel that their concerns will be dealt with authentically. It also helps when healthcare organisations have clear definitions of acceptable and unacceptable behaviour and well-coordinated response mechanisms. Once someone does raise a concern, organizations need good, fair and transparent systems of investigations and be prepared to implement consequences for disruptive behaviour consistently.  END_OF_DOCUMENT_TOKEN_TO_BE_REPLACED
Continue Reading