MedicalResearch.com Interview with: Cynthia Gyamfi-Bannerman, MD, MSc Vice Chair for Faculty Development Ellen Jacobson Levine and Eugene Jacobson Professor of OBGYN Director, Maternal-Fetal Medicine Fellowship Program Co-Director, CUMC Preterm Birth Prevention Center  MedicalResearch.com: What is the background for this study? Response: ​Delayed cord clamping (DCC) at delivery has been associated with neonatal benefit.  Specially, it decreases the likelihood of anemia.  It became widely recommended as a practice for all deliveries even though the literature showing benefit to the neonates was largely only for low risk women with vaginal deliveries.  In theory, DCC could result in increased blood loss during a cesarean due to the blood loss encountered when cutting into a gravid uterus. END_OF_DOCUMENT_TOKEN_TO_BE_REPLACED
Continue Reading
Author Interviews, JAMA, OBGYNE, Pediatrics / 31.03.2019 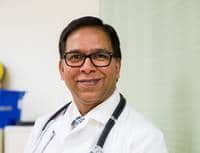 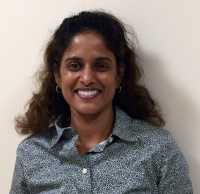 MedicalResearch.com Interview with: Arpitha Chiruvolu MD FAAP Neonatologist Baylor University Medical Center Department of Neonatology Dallas, TX 75246  MedicalResearch: What is the background and main findings of the study? Dr. Chiruvolu: There is growing evidence that delaying umbilical cord clamping (DCC) in very preterm infants may improve hemodynamic stability after birth and decrease the incidence of major neonatal morbidities such as intraventricular hemorrhage (IVH) and necrotizing enterocolitis. Recently, the American College of Obstetricians and Gynecologists (ACOG) published a committee opinion that supported delaying umbilical cord clamping in preterm infants, with the possibility for a nearly 50% reduction in IVH. However, the practice of DCC in preterm infants has not been widely adopted, mainly due to the concern of a delay in initiating resuscitation in this vulnerable population. Furthermore, there is uncertainty regarding the magnitude of published benefits in very preterm infants, since prior trials were limited by small sample sizes, wide variability in the technique and inconsistent reporting of factors that may have contributed to clinical outcomes. We recently implemented a delaying umbilical cord clamping quality improvement (QI) process in very preterm infants at a large delivery hospital. The objective of this cohort study was to evaluate the clinical consequences of a protocol-driven delayed umbilical cord clamping implementation in singleton infants born £ 32 weeks gestation. We hypothesized that DCC would not compromise initial resuscitation and would be associated with significant decrease in early red blood cell transfusions and IVH compared to a historic cohort. Delayed umbilical cord clamping was performed on all the 60 eligible infants. 88 infants were identified as historic controls. Gestational age, birth weight and other demographic variables were similar between both groups. There were no differences in Apgar scores or admission temperature, but significantly fewer infants in theDelayed umbilical cord clamping cohort were intubated in delivery room, had respiratory distress syndrome or received red blood cell transfusions in the first week of life compared to the historic cohort.  A significant reduction was noted in the incidence of IVH inDelayed umbilical cord clamping cohort compared to historic control group (18.3% versus 35.2%). After adjusting for gestational age, an association was found between the incidence of IVH and Delayed umbilical cord clamping with IVH significantly lower in the DCC cohort compared to historic cohort with odds ratio of 0.36 (95% CI 0.15 to 0.84, P <0.05). There were no significant differences in mortality and other major morbidities. END_OF_DOCUMENT_TOKEN_TO_BE_REPLACED
Continue Reading
This website uses cookies to improve your experience. We'll assume you're ok with this, but you can opt-out if you wish.AcceptReject Read More
Privacy & Cookies Policy